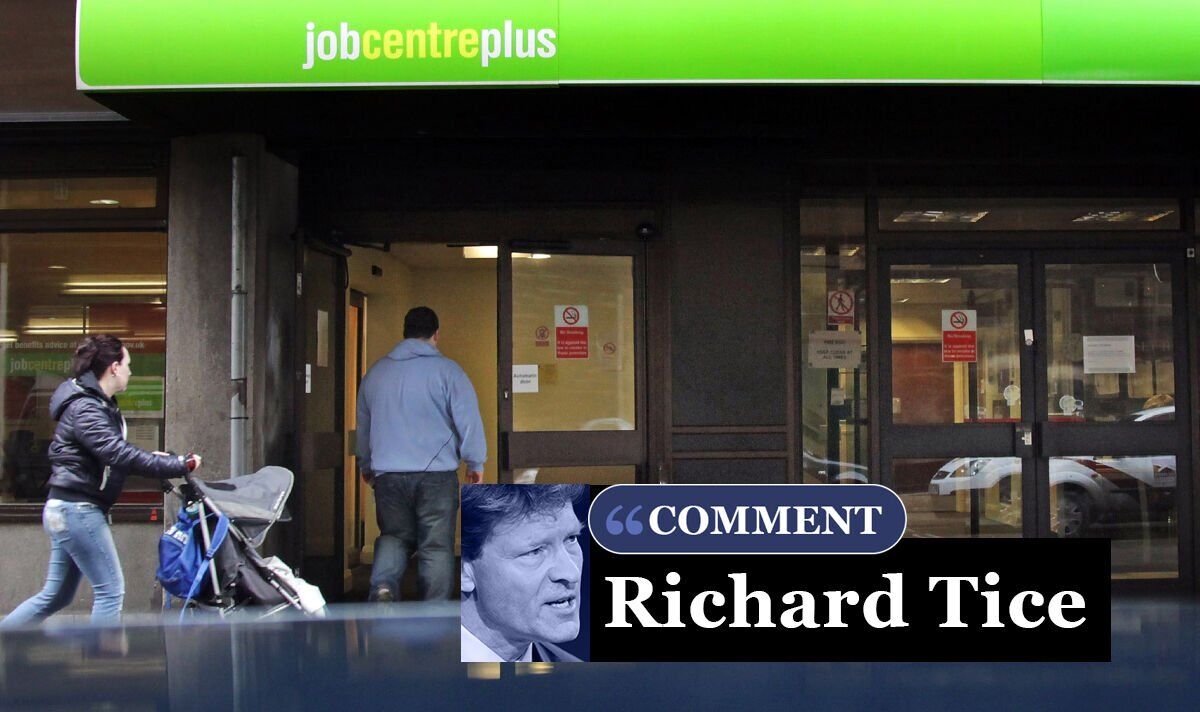 It is clear that something is wrong. Do you act now by sending in substitutes, or do you dither, pray for a miracle to happen and wait until the 85th minute before you change anything? By then it will almost certainly be too late and fans will have suffered even more. This is the state of the British economy. The country is facing the biggest economic crisis since World War II. We are suffering a unique and terrifying quadruple whammy, but the Prime Minister and Chancellor are playing on the edges, praying for a miracle when action is needed now.

Economists and the people shout at them, but they seem oblivious to the problem.

The quadruple challenge is firstly that we have a growth crisis, with the lowest medium-term growth forecasts for 70 years.

Second, we have a fiscal problem with the highest taxes in 70 years, at over 35% of GDP.

We have an inflation crisis with the highest levels in over 30 years, at 9% and rising.

And finally, we have a major productivity problem, with the public sector being the main culprit, which has gotten much worse over the past 20 years, while parts of the private sector like manufacturing have improved their efficiency more 40% over the same period. Imagine if our public sector were 40% more efficient, what would be the quality of our public services?

In this productivity crisis, we have the tragedy of more than 5.3 million unemployed people, or one in eight of the working-age population.

And yet we are told that we have a labor shortage?

Unfortunately, the system is so badly structured and also open to abuse, that 1.5 million more people are collecting unemployment benefits than before Covid, although these are record vacancies in most of the world. ‘economy.

It’s bad for their own health, for their family and their community and a desperate waste of talent.

For too many jobs, there isn’t enough pay above benefits to justify venting.

Faced with all this, the Chancellor’s recent statement tinkers around the edges. It does not touch the sides. He gives more state grants than Jeremy Corbyn ever dared to dream.

It raises personal and corporate taxes.

It all sounds like a socialist solution that will make things worse.

The solutions are not complicated.

If people keep more of their salary, you increase the incentive to go to work.

The starting point for paying income tax is set to increase from £12,570 to £20,000. An extra £30 a week, a net pay rise for an average earner of well over five per cent. This facilitates wage negotiations to keep inflation lower.

Reducing fuel tax by 20 pence per liter will increase business, save drivers hundreds of pounds and reduce prices and therefore inflation.

Removing both the 5% VAT on energy bills and the environmental levies that subsidize renewable energy will save an average household £260 a year and reduce inflation.

Finally, reducing general VAT from 20% to 18% will save an average household over £300 a year and will also reduce inflation.

This big, bold stimulus of over £70billion a year will reduce, not increase, inflation, as it drives prices down. We estimate that the first year of inflation reduction will be around four percent. And it is easily affordable.

In the same way that we look at all household budgets and save, say, £5 out of £100, the government needs to do the same.

We all see ridiculous waste everywhere you look in the public sector. These savings can be achieved without cutting front-line services. The balance of the cost can be absorbed by additional short-term borrowing, since these plans will increase the growth rate by about 0.5% per year and thus increase tax revenue in the medium term.

For more than 30 years between the two world wars, we had much higher levels of debt than today, and then we came out of the crisis. Now we must do the same.