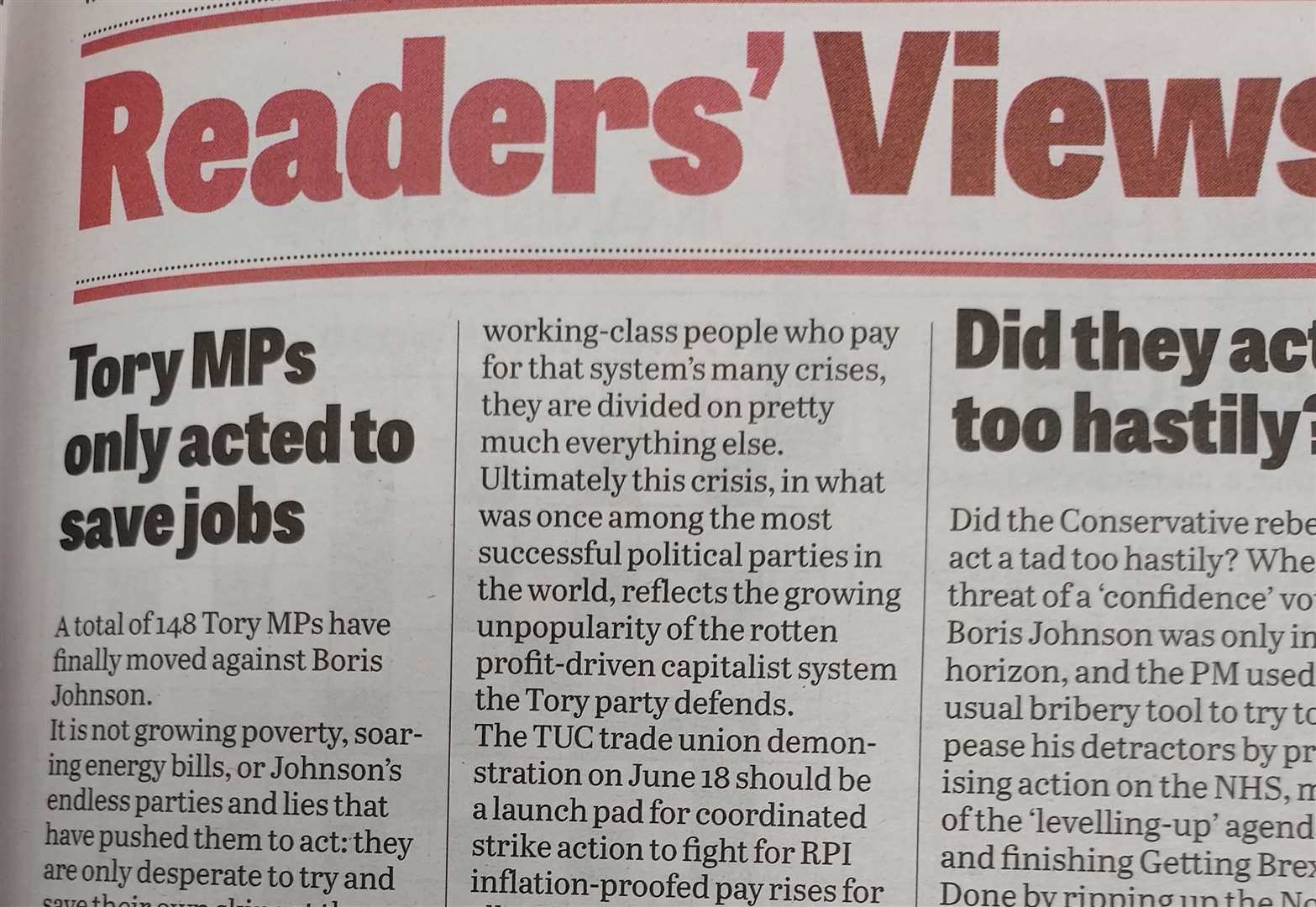 Here are the latest letters to the Fenland Citizen…

Housing pledges are easier in theory

Prime Minister Boris Johnson has reaffirmed the government’s commitment to extending a home purchase scheme, known as the right to buy, to housing association tenants.

He said he wanted to expand it “within existing spending plans” and ensure a “one-for-one replacement” of every home sold.

The prime minister also said Universal Credit recipients would have the choice of spending their benefits on rent or putting them on a mortgage.

Currently, applicants are only eligible for Universal Credit if they have savings of less than £16,000 and lifetime ISAs are included in that limit, Mr Johnson said.

Housing benefit, which helps people on low incomes or who are unemployed pay their rent, costs the government around £30billion a year, much of it going to private landlords.

A person is generally not eligible for payments if they have a mortgage.

He was a prime minister who wanted to talk about political plans, not personal issues. But there are big questions about how and when the announced policies will be implemented.

The Prime Minister has also failed to deliver on a pledge to build 300,000 homes a year in England by 2025 – which was in the Tory 2019 general election manifesto.

That seems increasingly unlikely since the government scrapped plans to reform the planning system in England to make it easier for developers to gain approval.

A reminder perhaps that housing pledges can often be easier in theory than in practice.

This is a Conservative plot to destroy public housing in this country, and again it will increase homelessness, telling them to go to hell. The same as the Labor Party under Tony Blair. And look what happens to him.

With their vile determination to deport refugees to Rwanda, the conservatives are pressuring with their anti-migrant racism. It’s part of a much larger plan to scapegoat people for government failures.

And he seeks to divide working class people when they desperately need to be united. Refugees fleeing war, poverty, persecution and disaster are not a drain on Britain’s resources.

It is not to desperate men, women and children around the world that NHS social housing, benefits and treatment are unavailable.

All thanks to years of conservative austerity. But it suits those at the top to pump the myths that migrants in boats are the problem rather than the rich in their superyachts.

The number of British billionaires hit a new high, up six from a year ago to 177. Their loot reached a record £653billion.

These people, and the politicians who protect them, should be the target of workers’ anger and action, not refugees.

Migrants drown in the English Channel. And if they make it to Britain, they are crammed into rotten accommodation and detention centres.

The solution to migrants crossing the Channel in flimsy boats is for the UK to set up asylum and immigration processing centers in France, a policy backed by the French government.

Free lessons could still cost you

Interesting that Jobseeker’s Allowance and Social Benefit claimants can now take up to 40 free driving lessons? You pay for the theory and the test, but the lessons are free.

Obviously, if you’re disabled, that goes against your ability assessment.

Usually, the decision maker says, “Mr. Smith can drive, therefore Mr. Smith demonstrates good cognition and no impaired judgment, good manual dexterity in the hands and arms, and rotation of the upper body, so he does not qualify. to the payment of personal independence at a higher rate, to mobility or a Mobility Vehicle and benefits from the Standard Daily Life and Mobility Tariff.

So do you sign your personal independence payment for the so called free driving lessons like you do for the mobility vehicle?

Hopefully, to make this move a reality, the DVLA has resolved its two-year backlog of processing provisional and full driving licenses and the driving instructor sector has increased its capacity and resolved how to fund this fuel cost crisis.