WITH interest rates already looming like a darkening cloud on the horizon and biosecurity threats also emerging, a question now is whether the rural real estate market is headed for the eye of a storm.

In this week’s Real Estate Review, three specialists – an appraiser, a real estate marketer and a financial adviser – discuss the situation and the likely outcomes for property owners.

“Buyers were transferring their gains from past property sales to new acquisitions. In one transaction, the premium between established local sale values ​​and the sale price was around 15%,” he said.

Mr Hill said bonuses of this level are not uncommon.

“It’s not unreasonable for an anxious buyer to pay a notch more with nearby or motivated purchases (like weed) attracting a 10-15% premium.”

Now that the tax year is over and it’s a new fiscal year, Mr Hill wondered if rural property deals would match the May/June contract price or if the market would do pause and catch your breath.

“In the market economy, it only takes one drop of water to break the camel’s back, and many drops have broken the camel’s back in the form of higher operating costs – fuel, steel prices , cables, sheds, stockyards, utilities, tractors. , licks, fertilizers, wages and interest rates on new loan facilities to name a few.

“All of these factors impact the cost of owning and operating a rural real estate business, regardless of changing commodity prices and export market dynamics,” he said. -he declares.

Mr Hill said there was also a series of storm clouds on the horizon.

“No one wants to see a biosecurity epidemic like foot and mouth disease or lumpy skin disease because that will be the straw that breaks the camel’s back. This will threaten the real estate market, in addition to rising interest rates and higher operating costs.

He admitted that foot-and-mouth disease was a topic everyone was talking about in the industry.

“The last market shock (the straw that broke the camel’s back) was the live animal export ban in 2011 which closely followed the global financial crisis of 2008/09 – which coincided with the peak of rural property.”

Mr Hill said the real estate market did not crash immediately after this event, but assets took longer to sell and then, over time, values ​​fell by 30-50%.

Will this scenario repeat itself if foot-and-mouth disease or LSD reaches Australia? Mr Hill thinks it could certainly be a leveler, but the market will decide that.

“The impact on the housing market would take some time to be felt – between six months and two years.”

“There are other drivers of market demand (the world must eat and the emerging carbon industry) that will help because most balance sheets are strong. There will be an element of financial stability through government support s there is a biosecurity issue to be addressed.”

Mr Hill said farmland was viewed favorably as an asset class because prices do not fall overnight.

“Rural land values ​​are slightly countercyclical to other domestic and global investment options such as office, retail and industrial real estate. To some extent, this provides a safety hedge against investment volatility.

“This was evident during and after the GFC when significant global investments were made in Consolidated Pastoral Co and the Paraway Pastoral portfolio was formed,” he said.

Mr Hill said that in the meantime some markets are still seeing extremely good prices.

“A good quality country always sells, especially if it is well located and has good water infrastructure, good fences and buildings that do not collapse.”

Danny Thomas, a senior LAWD director, expects demand for farmland to remain strong for the rest of the year as the number of buyers continues to outweigh the number of sellers. 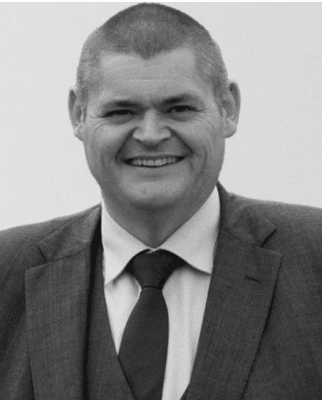 He said the two drivers of property market confidence are climatic circumstances and commodity prices.

“Unless there is a general collapse in commodity prices or a drought, then it will be as stable as it gets,” Thomas said.

“At this time, there is no change in listing volume and demand remains strong with many interested parties, who have missed out despite strong offers, still in the market.”

He said there was good liquidity evident in agricultural loans.

“Financial support is readily available and it is more possible than ever to borrow money for factories, equipment and livestock.”

Mr Thomas said a ‘black swan event’ like an outbreak of foot-and-mouth disease would have serious consequences for the property market, but landowners needed to continue to run their business and use their assets.

“It wouldn’t make sense to sit on the roof of your house in the middle of a floodplain, waiting for a flood.

“The fact is, foot and mouth disease has sat on Australia’s doorstep for 40 years and may or may not impact Australia this year or at any time in the future.”

In the meantime, Thomas thinks property prices may have plateaued.

“I don’t believe the 20% year-over-year price growth will continue. They are likely to follow the sideways trend for a while, but to say prices will deteriorate is incorrect. »

“Land values ​​generally follow peak livestock prices, but the data shows that they are not absolutely correlated. For example, when livestock prices fall, land prices move sideways and, in certain circumstances, rise.”

Mr Thomas does not believe that the “fear of missing out” has influenced the property market.

“Buyers are reasonable. They consulted their accountant, received good advice and structured their debt over ten years. FOMO may have been experimented with in some tightly held areas where assets rarely come to market (regions of central Queensland and pockets of western Victoria), but overall FOMO has been absent from the market .

“Quality places are still selling and making good money, but we’ve also seen other properties come up for auction that we haven’t seen in quite a while.”

Mr Pentecost said many growers feared foot-and-mouth disease and LSD and if it reached Australia it would be a shipwreck.

“Livestock markets would be badly affected and the real estate market should follow suit. I don’t mean to be negative, but it could erase 20-30% of rural property values ​​in an instant. 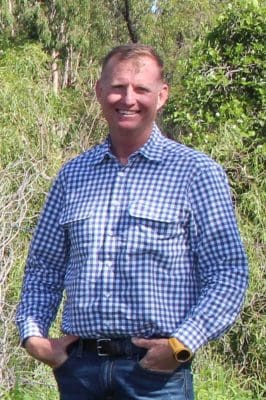 Mr. Pentecost said a threat to biosecurity is not beyond the realm of reality.

“Nobody thought something like COVID was going to hit and we’ve seen what’s happened to small businesses – it’s bankrupted some of them. The same could happen to the livestock industry – many producers would lose livestock and most likely their livelihoods.

Mr Pentecost said an incursion of foot-and-mouth disease and/or LSD could also deter many people from buying or selling property.

“If beef prices drop by half and property prices fall by a third, then listings could well exit the market, with some people forced to sell.”

“On the surface, some producers seem to be doing well, but the reality can be very different. If rising balance sheets are the result of rising property prices (their asset value), then some companies would be hit hard by an outbreak of foot-and-mouth disease.

“I ask my clients what would happen to their business if cattle prices halved, they were stuck with foot-and-mouth disease or LSD, and interest rates went up to 7%?”

Mr. Pentecost thinks some growers have made expansion decisions based on FOMO rather than good business.

“There are many different players in the real estate market. Businesses and large family operations don’t operate with a ‘fear of running out’ mentality, but some operators have told me that if they don’t buy now, they will never buy.”

“The major banks expect the cash rate to be around 3% to 3.5% by the end of the year. Yes, it’s the cost of doing business, but what will be the impact if interest rates rise to 7% due to falling commodity prices? Expansion can stop.

While companies must go on and continue to invest, Mr Pentecost warns producers to be careful.

“The screws have been tightening on easy credit days for some time. People need to be careful and make good decisions, not emotional ones.