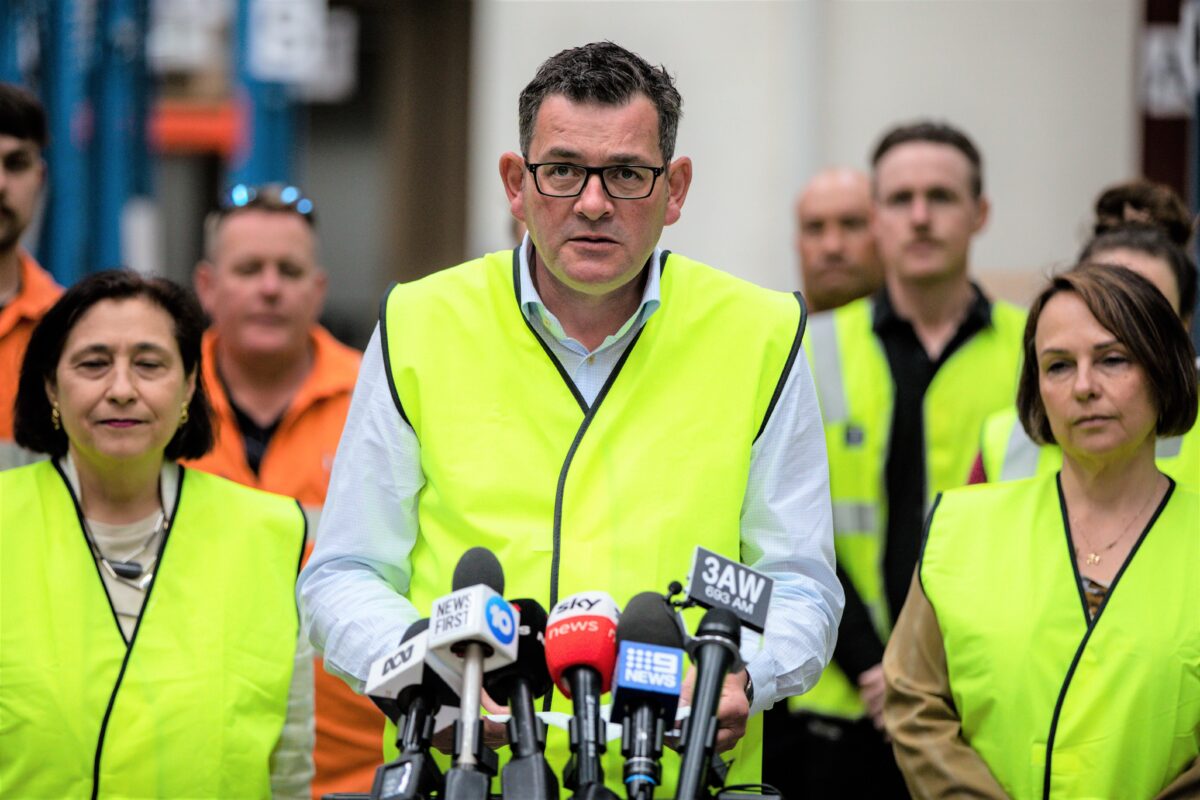 After a year of continued energy crises, both global and local, nothing should surprise the industry.

However, when Prime Minister Daniel Andrews announced a renationalisation policy for Victoria on October 20, it caught many off guard.

If they win the next election, the Victorian Labor Party, which currently governs Australia’s second most populous state, will revive the State Electricity Commission; a reversal of three decades of energy privatization.

The company will be 51% owned by the state government, with the best candidates to own the remaining 49% expected to be pension companies (pension funds).

The nationalization versus privatization argument is a very traditional left/right argument. There is no leader in Australia more left wing than Prime Minister Dan, so in a sense the announcement is not surprising.

The idea itself isn’t my biggest concern – I’m more concerned with the reasons behind it.

Although left and right thinkers tend to pull from the hip on this issue, the fact is that both domestic and private models can work in this industry.

For electricity in particular, I have always considered it reasonable to nationalize the grid itself – the “poles and wires” – but that it was important to have private ownership of the generators.

Poles and wires are like roads; even when privatized they’re not quite ‘competitive’ – you can’t choose which wire you buy power from (in fact many of our poles and wires in Australia are already state owned – by the Chinese communist regime).

If cables are like roads, then generators are like car manufacturers. There is a market for the purchase of electricity and it is very interesting that the producers are put in competition with each other.

Having a state electricity commission means that a government-backed 800 pound gorilla will enter the market and compete with private generators with an unfair advantage – much like our national broadcaster (the Australian Broadcasting Corporation) is competing with other media, but with the unfair advantage of not needing to advertise or find subscribers to generate money.

Filming for the Net-Zero Stars

Andrews thinks electricity should never have been privatized in the first place. It is also clear that the Victorian Labor Party sees national ownership as the best working environment to influence the ‘energy transition’ net zero.

Rather than coaxing the private sector or creating the right financial incentives, they will simply build the things they want to build themselves.

At the same time, they will create thousands of new jobs… Really, what’s not to love?

Yet the reality is that, both technically and economically, nationalizing electricity cannot change the fundamental problems facing our grid.

To supply all the electricity from renewables will require a 10-fold increase in generation, backed by a gargantuan energy storage industry built from the ground up. A billion dollars will barely be enough to get the ball rolling.

What is barely mentioned is that, even if this distant goal is achieved, Victoria would still be far from a “net-zero” paradise.

All available modeling shows that even for electricity to become net zero, the change required is drastic and known technologies cannot do this economically.

Moreover, it remains uncertain which technologies will work best between hydrogen, batteries, pumped hydroelectricity and biofuels. Each has significant downsides that eat away at their feasibility.

The fact is that if the transition was profitable, it would have already been done by the private sector.

And that’s the point. The advantage the government has over the private sector is that it does not have to balance its books. They don’t have to run a stand-alone operation. Instead, they can pay costs using “magic money”: taxes or unlimited borrowing from the central bank.

This is why pension funds are their partner of choice.

Contributing to your pension fund is compulsory in Australia and inaccessible before the age of 65; Although super companies should only care about return on investment, most prioritize environmental, social and governance (ESG) ratings over profits.

Consequently, they became a means for activists to control a vast pool of money they never earned – no longer “magic money”.

Everything has a cost, and that cost doesn’t change just because the money comes from a different exchange. One way or another, the biggest economic equation always adds up.

For example, if the government employs more people, those people don’t come from nowhere, they come from other industries that were producing wealth.

If our energy industry becomes more expensive, whether magic money or real money, then our economic production will become and become less efficient.

The road to centralization

While national ownership of some energy assets may work, this move does not bode well. This shows that policy makers continue to deny that the industry is bound by unavoidable physical constraints and will have to move slowly.

There is also significant political risk.

The Labor government has a soft spot for Chinese Communist Party-style governance, as evidenced by its previous involvement in the Belt and Road Initiative, which Australia’s federal government vetoed.

This announcement is another step from Victoria towards central planning.

The government should not own the means of production. It is simply not effective enough to control a sector that underpins all economic growth. Central planning is not working and has plunged many other countries into poverty.

That the Victorian government is casually proposing that it should have the majority stake in a business funded by our superannuation is very concerning.

This decision also comes at a bad time because energy security is already fragile.

A perfect storm of aging infrastructure, international fuel shortages and cold weather combined just a few months ago to drive electricity prices so high that the market was suspended.

Australia’s supplies were so low that the loss of just one more generator on the east coast could have resulted in a net shortfall and widespread blackouts.

We survived by drawing heavily on a multitude of small gas generators, so the crisis spilled over into the gas market. Gas retailers exposed to spot gas markets went bankrupt and others sent letters to their customers asking them to please choose another supplier.

It was a perfect storm, but unfortunately all the ingredients of that storm are still there. A repeat this summer or next winter is quite possible.

Andrews thinks now is a good time for this decision – if the private sector has already failed, surely now is the time for the government to do better, especially as fuel prices are high, renewables could become more competitive. But for those same reasons, I say it’s a bad time.

Unfortunately, this is also a superficial thought. He fails to acknowledge that the Victoria Labor government has played a significant role in jeopardizing its own energy security in the first place by over-regulating the industry.

Now they will only outperform the private sector if their solution actually works. And it won’t work if the new public power company devotes all its efforts to building more weather-dependent generation, which doesn’t produce when the sun isn’t shining or the wind isn’t blowing.

Rather than solving the problem, the Perfect Storm now has a new wind brew. If Labor wins the next state election, we’ll see what really comes out of it.

Peter Castle is a mechanical engineer with extensive experience in the oil and gas, power and other process industries.