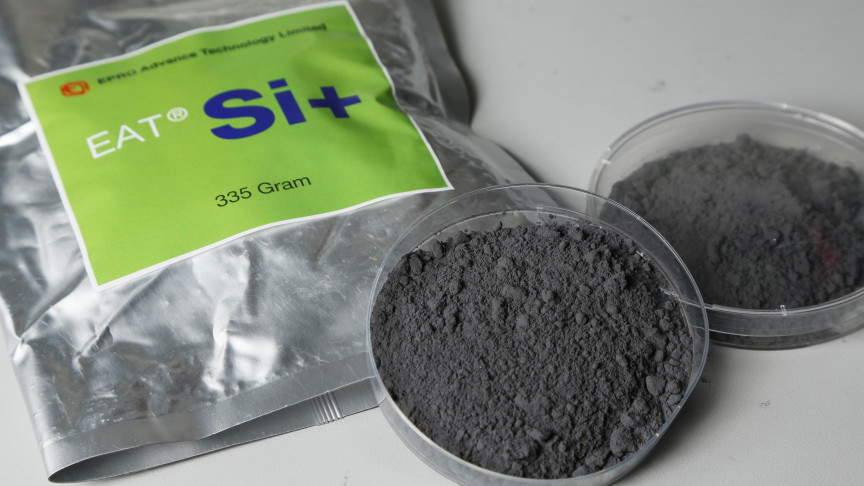 Just this week, we reported on a chemical that would allow hydrogen to be stored and transported safely. The breakthrough was touted as a key discovery to make the fuel viable. After all, hydrogen as a fuel is very attractive due to its environmental benefits, but storing and transporting it has long been notoriously complicated undertakings.

no warRenewable energy company EPRO Advance Technology (EAT) has announced another crucial breakthrough process in green hydrogen energy that generates large amounts of ultra-pure hydrogen on demand and can be stored and transported in completely safe.

“EAT has developed a breakthrough porous silicon material, known as Si+, which has the ability to generate ultra-pure hydrogen from a water source and acts as a hydrogen-generating material in the solid state – a compact, robust and easily transportable material – solve many problems that have stunted the growth of the hydrogen economy,” the energy company said in a press release.

When hydrogen is needed, you just need to dip the Si+ powder in water and mix it. And that’s it, friends. The hydrogen gas then begins to bubble.

The powder operates in a wide range of ambient temperatures between 0 and 80°C (32 and 176°F). And even better, apart from hydrogen gas, only silicon dioxide remains, the main constituent of sand. Not a bad process, huh? The sand can then be used in construction or even to make a beautiful beach.

“Si+ is the first grid-parity, long-duration, distributable energy storage material,” said Albert Lau, CEO of EAT, “It represents a significant breakthrough in green hydrogen energy, and it will transform hydrogen from the fuel of the future into the fuel of tomorrow.

“Si+ technology has the potential to advance the hydrogen economy by decades. This can allow us to fully exploit our natural resources, delivering hydrogen safely to places that need it through existing infrastructure and transportation systems,” he added.

EAT also states that, uLike other solid-state hydrogen compounds, Si+ does not store hydrogen, which makes it ultra-safe compared to other “hydrogen-carrying” materials. It also consists only of metallurgical-grade silicon, which can come from sand with a carbon source, but also recycled silicon from broken or end-of-life solar panels, most of which currently go to landfill.

This means that Si+ is extremely environmentally friendly, with a very low carbon footprint. EAT says its systems are already being studied by the Hong Kong Airport Authority, which is evaluating them as a way to power its emergency generators. If the company can really deliver on its promise, without making the product too expensive, then we might be looking at our next mass-produced energy system.