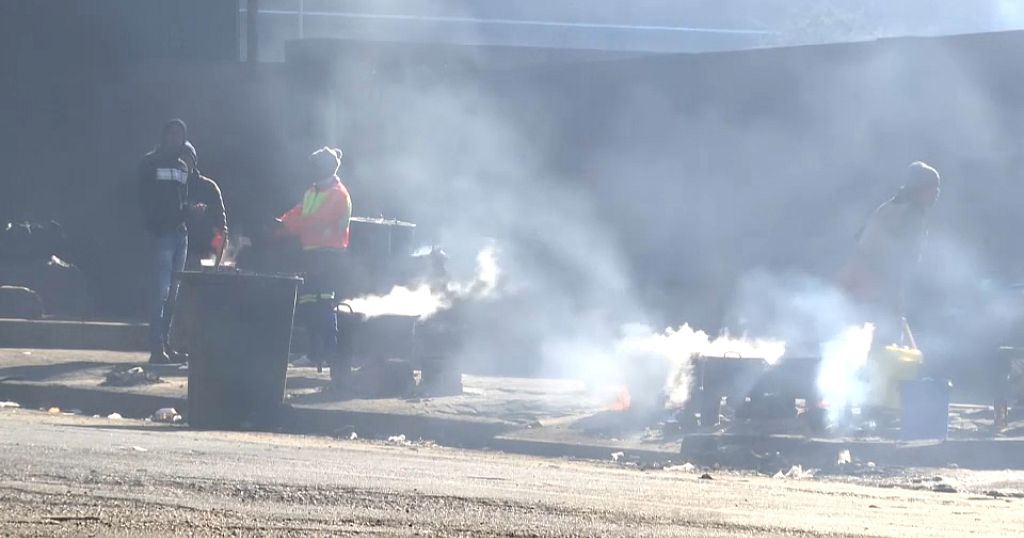 South Africa’s air quality is once again in the spotlight and the city of Johannesburg has called for an investigation into a strong smell of sulfur that filled the air this week.

Last year, the stench was thought to be the result of high levels of sulfur dioxide and hydrogen sulphide from a fuel plant in Mpumalanga.

Experts say it’s a form of pollution adding to an already growing problem._”We even get quite a few complaints from our residents about odors in the air, almost like the smell of sulfur from rotten egg. And that indicates that the pollution is quite high in the area._Even though they say it’s not dangerous, it’s not toxic, the chemicals that are usually found in air pollution, most pollutants will have health effects,” said Raeesa Moolla, senior lecturer in meteorology, air quality and environmental health risks at the University of the Witwatersrand.

According to recent studies, high levels of air pollution in Johannesburg have reduced life expectancy by 3.2 years. Children in particular are more at risk.

“Pollution irritates your inflammatory response in your tissues. It contributes to many diseases, cardiopulmonary disease, ischemic heart disease and stroke, for example, chronic obstructive pulmonary disease, asthma, lower respiratory tract infection and lung cancer. increase in asthma in children at the moment we are also seeing an exacerbation in adolescents and adults which would have been acceptable for a few years so we are seeing a worsening of symptoms in this population South Africa is ranked fifth in the world for asthma mortality, so the numbers are high,” said Dafni Zisis, a general practitioner at EXP Medical Center.

Transport has become one of the biggest contributors to pollution in South Africa. There are more than five million cars on the roads in Johannesburg alone, each of them emitting several dangerous gases into the air.

“A lot of the systems are either using older technology or the refueling systems are not up to date. So what tends to happen is that from our vehicles, from our buses from our trucks, we have a lot transport pollution, because in addition, people are very dependent on personal transport, we have a greater use of the car, so we have a lot of traffic emissions,” said Moolla.

“We had very little RSV (Respiratory Syncytial Virus) and flu, especially the first year of lockdown. We were very calm disease-wise and I think it was because of the lockdown. There were less traffic on the road, people were at home,” Zisis said.

The Air Quality Index for South Africa currently indicates a level of PM 2.5 for the country. This is 1.4 times above the levels recommended by the World Health Organization.

“A lot of the studies that we look at, we look at the local burden of disease and the impact, it has an economic impact, it has a social impact as well, not only does it impact your health, but it places then pressure on the health systems which are already quite strained in our country. We certainly need a more vigorous response. In South Africa we have very good laws on environmental management. However, their application and their monitoring are not very well done,” Moola said.

Studies show that developed countries have reached a plateau in terms of pollution while developing countries like South Africa are registering increasing levels of polluted air.

2022-06-13
Previous Post: Parents must ‘fish it out’ after boy uses B&Q screen as toilet
Next Post: Can fueling up and paying later help curb soaring gas prices?