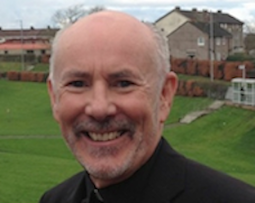 Archbishop William Nolan of Glasgow has called on the UK government to increase benefits in line with inflation. “The poor should not be sacrificed in an attempt to build government credibility with the markets,” he said last week. “Making poor people poorer is not an act of fiscal prudence, it is an act of injustice.”

He felt it was a ‘fundamental injustice’ that ‘workers are not getting a living wage’, and said ‘then we really need to look at how we reward people in our society’. He drew attention to applause for the key during Covid lockdowns, ‘but they need more than a hit, they need a living wage’, adding that ‘we have a low-wage economy and people are struggling; poverty will not go away until we pay people a fair wage.”

He reported people telling him that inflation, along with rising energy bills, had hit household budgets hard. “Everywhere I go people are talking about this,” the Archbishop said, “increasing fuel costs, how this is going to affect them and their families.” He described it as a “hot topic and people are very worried about it”.

His remarks came before new Chancellor Jeremy Hunt announced on Monday that the cap on energy prices charged to households is now only guaranteed until April next year, instead of both years promised by Liz Truss. After April, aid will be targeted to help struggling households, although details on this were not disclosed. The End Fuel Poverty Coalition, an umbrella body for 60 charities and campaign groups, immediately warned that the financial cliff faced by millions “has grown even steeper”.

Archbishop Nolan also urged all Catholics to take care of those around them, fearing energy costs will leave many struggling to stay warm this winter. “Catholic churches tend to be quite large and drafty, so it might not be the best place to come and warm up,” he said, “but if we have a church hall in a central place, we should open it and invite people they can warm up.”

On October 14, Bishop Nolan, Senior Bishop of Justice and Peace and the National Justice and Peace Commission, celebrated a Mass at Sacred Heart Parish in Lauriston, Edinburgh, in honor of Saint Óscar Romero of El Salvador . This was followed by a lecture by Fr Martin Maier SJ, who worked in El Salvador for many years, with an introduction by Archbishop Leo Cushley of Edinburgh.

And on Saturday, October 22, the Apostolic Nuncio, Bishop Claudio Gugerotti, will present the pallium to Bishop Nolan during a special Mass at St Andrew’s Cathedral, Glasgow at noon, which all are welcome to attend.