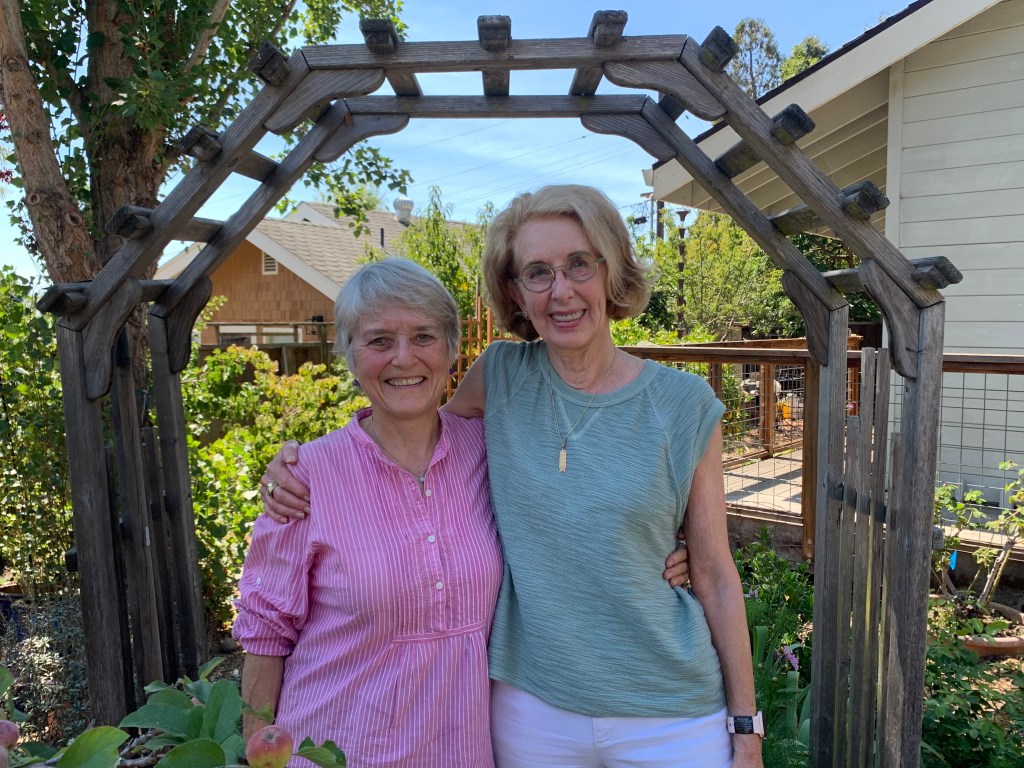 SANTA CRUZ – Neither the looming threat of flames billowing from trees in DeLaveaga Park last month nor the devastating effects of the CZU Lightning Complex fires of August 2020 were necessary to prompt neighbors in Prospect Heights to prepare for the threat of forest fire.

Instead, neighbors began organizing ways to reduce fire threats to their homes and neighborhoods in 2018, with the help of longtime resident Lora Lee Martin. Alarm bells started ringing in Martin’s head after the Santa Rosa fire in 2017, and expanded to an imperative after his hometown of Paradise was razed to the ground the following year. In conjunction with the Santa Cruz Fire Department, in 2019 Prospect Heights was recognized in city planning as being at high fire risk and was certified as a Firewise USA group – incidentally, the first of the county.

These days, the band’s first movers and shakers, Martin and band marshal Abby Young, are looking for ways to go further, both envisioning a more comprehensive citywide fire preparedness effort and County. The two women came together this week to reflect on how they have seen local efforts progress in recent years and where they would like to see them go next.

“It’s bigger than fire,” Martin said, praising Young’s work in connecting with the Santa Cruz County Community Emergency Response Team. “It’s preparation. You can find a list of what to take when you bug out, but you actually have to do this exercise to see if it works.

According to a map displayed at National Fire Protection Association website, there are nearly 30 volunteer-run Firewise groups spread across Santa Cruz County. Young said the Prospect Heights group directly mentored three of their fellow FireWise groups for certification, and 17 more were in the process of becoming certified across the county, guided by the 6-year-old nonprofit. Santa Cruz County Fire Safety Board.

The August 12 DeLaveaga Park Fire, which spread to a nearly 2-acre footprint and took firefighters approximately 30 hours to clear, served as a timely reminder to neighborhood residents, a week before the fourth neighborhood brush cleanup event planned by the group Firewise.

“We could see that the DeLa fire was a wake-up call that we can make these disparate parts work together,” Young said. “I think we want to expand our ties with the city and the county. Just to get all government agencies working together. We’re more of a grassroots operation, and there are groups like the Fire Safe Council, which work more at the agency level.

With the help of partnerships from the Fire Department, City Parks and Recreation, and DeLaveaga Elementary School, attendance at this year’s Prospect Heights Firewise Neighborhood Cleanup doubled from the previous year, with about 20 participating households, Young said. The group’s mailing list covers around 100 households, she said. Martin and Young point to time spent in their neighborhood over the years, serving as volunteer spotters for inmate teams and hundreds of other in-kind hours the fire department might list when applying for management grants. and vegetation planning.

Santa Cruz Fire Chief Rob Oatey praised the Prospect Heights Group for helping to create a model for other neighborhoods in the city when it comes to improving connections with his department. These relationships provide a window to educate the community about emergency preparedness projects, including “home hardening” – a focus on building materials, design features and landscaping, as well as vegetation management and defensible space efforts, he said. Neighborhood Bonds, Oatey also said, allows his department gateways to discuss “lessons learned” from the area’s recent fires.

“The more people in the neighborhood who do this, the safer the whole neighborhood is,” Oatey said of those cleanups. “We get safer, reduced wildfire risk in open spaces that are emergency access for first responders, as well as in individual neighborhoods that are also a bit more resilient when it comes to wildfire. And obviously, overall, better prepared.

In the near future, Young and Martin are looking for ways to promote and participate in National Fire Prevention Week, October 9-15, and to involve more neighborhoods in Santa Cruz, especially those adjacent to the large the city’s open green belt, with the involvement of Firewise. In the long term, the women plan to help organize a community event that would bring community members together to share their first-hand experience of the devastating fires. They would also like to see a way to co-opt the prison fire crew program, possibly turning it into a housing and job training program for those without jobs or housing, Young and Martin said.

For information from the Santa Cruz Fire Department on ways to reduce wildfire risk, visit cityofsantacruz.com. Young, who is also a citizen council member of the county’s Fire Safe Council, can be reached for information about the neighborhood’s Firewise efforts at [email protected]