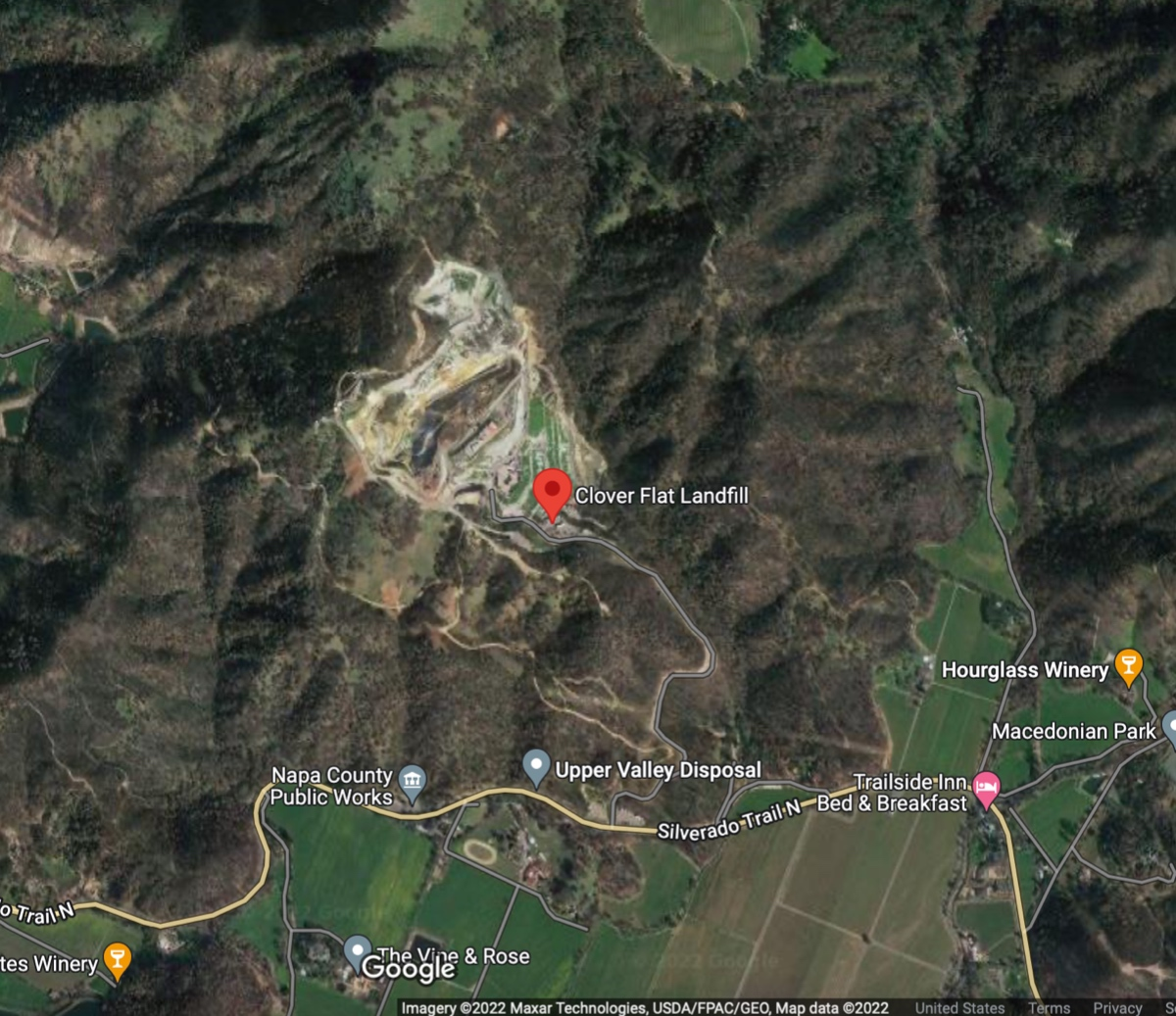 ST. HELENA, CA — The Mayor of St. Helena alleges that a landfill in the hills between his town and Calistoga poses wildfire, explosion and contamination risks in a lengthy complaint filed with the District Attorney’s Office. Napa County.

In his 38-page consumer complaint, Mayor Geoff Ellsworth says there is a “significant and unnecessary risk of fire and wildfire” at the Clover Flat Landfill, owned by Upper Valley Disposal Services.

In response, the company and a key county official said the landfill was in full compliance with all of its regulatory obligations.

The complaint is the latest salvo in Ellsworth’s years-long criticism of UVDS operations that he has repeatedly aired in public forums and local media.

The central allegation of the complaint is that the landfill does not have an “adequate and up-to-date” fire protection plan, as required by the state fire code for “fire zones at the interface between nature and urban areas”.

He also alleges that Clover Flat and the company’s composting and recycling facility south of St. Helena lack a proper risk analysis.

“The complaint extends to ongoing fire/explosion hazards, contamination risks, past impacts, conflicts of interest and large-scale insurance issues associated with these fire-prone operations in the high wildfire risk areas,” Ellsworth said in a press release.

Patrick Collins, assistant attorney for the Consumer and Environmental Protection Unit, said his office received Ellsworth’s complaint on Aug. 11 and is reviewing it.

“We’ll look into the allegations and see if there’s anything our office should do,” Collins said. “It raises a number of different allegations, so it’s going to take us some time.”

Complaints filed with his office may result in civil or criminal investigations, mediation or referral to an outside body that has regulatory jurisdiction over the company in question, Collins said.

About four years ago, Upper Valley Disposal Services committed license violations and was ordered to make a slew of updates and improvements after a series of landfill fires.

After these and other incidents involving sediment and leachate spills into a nearby stream, the landfill changed management teams and has since been described as “open and transparent” by an inspector from the Regional Water Control Board. San Francisco Bay water quality.

UVDS chief operating officer Christy Pestoni, whose family has owned and operated the business since the 1960s, said they are now in compliance and recently received “a letter of closure and completeness”. of the county fire marshal.

Napa County Director of Public Works Steve Lederer, who is also director of the Upper Valley Waste Management Agency, which oversees UVDS operations, said the county found “all Previous shortcomings that had been identified by the previous management team associated with the landfill have been resolved and the landfill is in full compliance with all regulations, including fire regulations.”

“I personally (as recently as last month) saw the insurance certificates for the landfill,” Lederer said in an email.

Ellsworth said Ma introduced a bill in 2012 when she was in the state assembly “that does not recognize or make safety/health provision for the inherent volatile fuel load associated with it.” garbage/waste and its transfer between counties/jurisdictions”.

It also alleges that Ma has “political and personal involvement in Napa County, including with the Pestoni family.”

A spokesperson for Ma said his office does not comment on ongoing litigation.

The UVDS is also the subject of a lawsuit filed in August by the California Sportfishing Protection Alliance alleging violations of US clean water law at the landfill.

Pestoni said the company is currently in talks to settle the lawsuit and expects an out-of-court resolution.