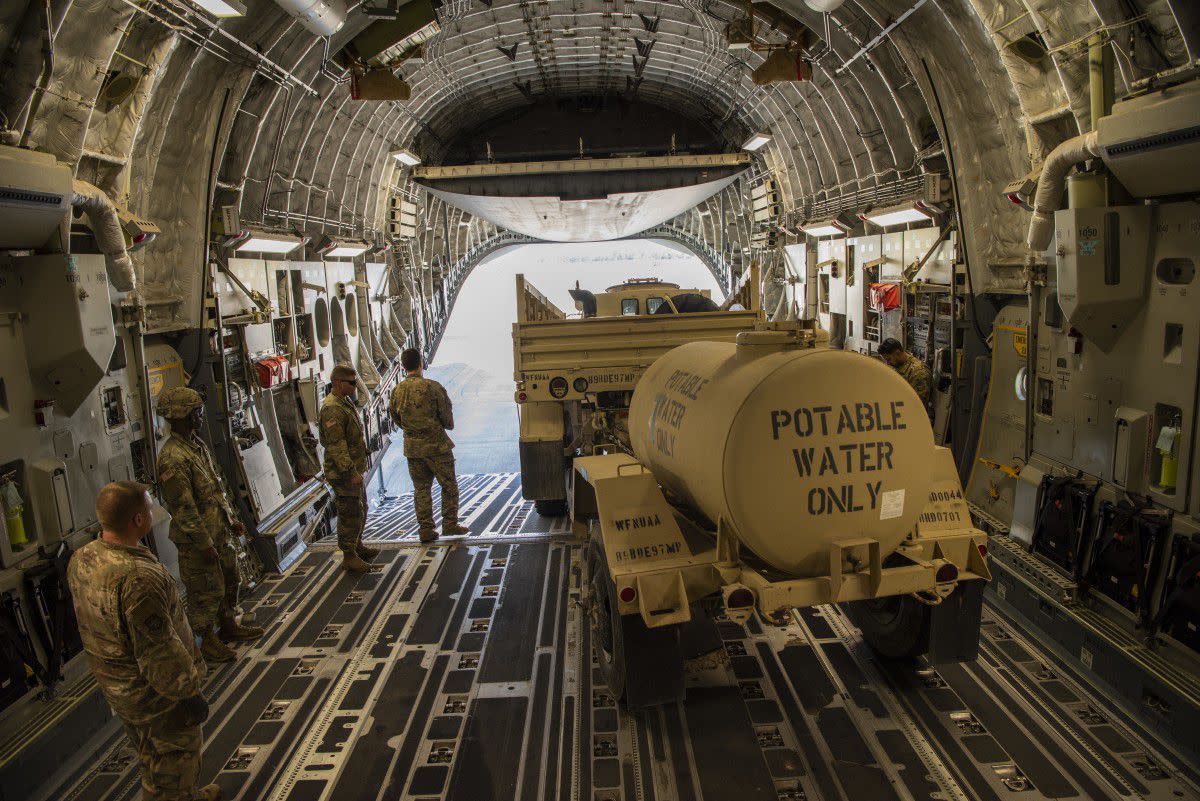 Following the rise of extreme weather events across the country, the military is focused on how to proactively defend one of its most critical resources – water.

At the Association of the U.S. Army’s annual conference, service leaders discussed their ongoing strategy to conserve water, protect against droughts and respond to extreme weather events.

“Water security is under increasing threat around the world, facing stressors ranging from mismanagement to the effects of climate change,” said Rachel Jacobson, assistant secretary of the Army for Installations. , energy and the environment. “In summary, the military is adopting strategies to improve the resilience of water facilities by conserving water, implementing alternative water projects, and returning water to sources through stormwater management. and groundwater.”

According to panel leaders, severe drought conditions in the West, massive flooding like Hurricanes Fiona and Ian, and the drinking water crisis in Jackson, Mississippi, help define how the service sees the need for progress on this issue.

Water crises could also impact how the military conducts its overseas missions. Army units in Iraq and Afghanistan depended on bottled water, local wells and reverse osmosis water purification units, but this will not always be available due to water intrusion saltiness in coastal areas and changing weather conditions, according to a Army War College study from 2019.

“In addition, warmer weather increases hydration needs,” the study says. “This means that in expeditionary warfare, the army will have to stock up on water. This significant logistical burden will be exacerbated on a future battlefield that requires constant movement due to the ubiquity of adversary sensors and their deep strike capabilities.

In December 2020, the army published a strategic plan on monitoring the resilience and affordability of energy and water in its facilities.

The branch is recent climate strategy also discusses how the military responds to water-related issues.

“As the military optimizes the use of fuel, water, electricity and other resources, we increase our resilience while saving taxpayers money and reducing our impact on the planet,” reads the Army’s climate strategy, which was released earlier this year. “The military will mitigate and adapt to climate change and in doing so gain strategic advantage.”

Joining Jacobson on the AUSA panel, Lt. Gen. Omar Jones IV, who leads the Installation Management Command, reemphasized how the Army is already working to meet its water goals.

In accordance with a requirement of Congress’s fiscal year 2021 defense budget bill, the Army Corps of Engineers was tasked with conducting water management risk assessments at each base. the army. This risk is currently being assessed at 26 facilities.

Michael Connor, Assistant Secretary of the Army for Civil Works, echoed calls to reassess and update Army water resources infrastructure across the country.

“We live in unprecedented times in the management of water resources. Extremes are now the rule. They are no longer exceptions,” Connor said.