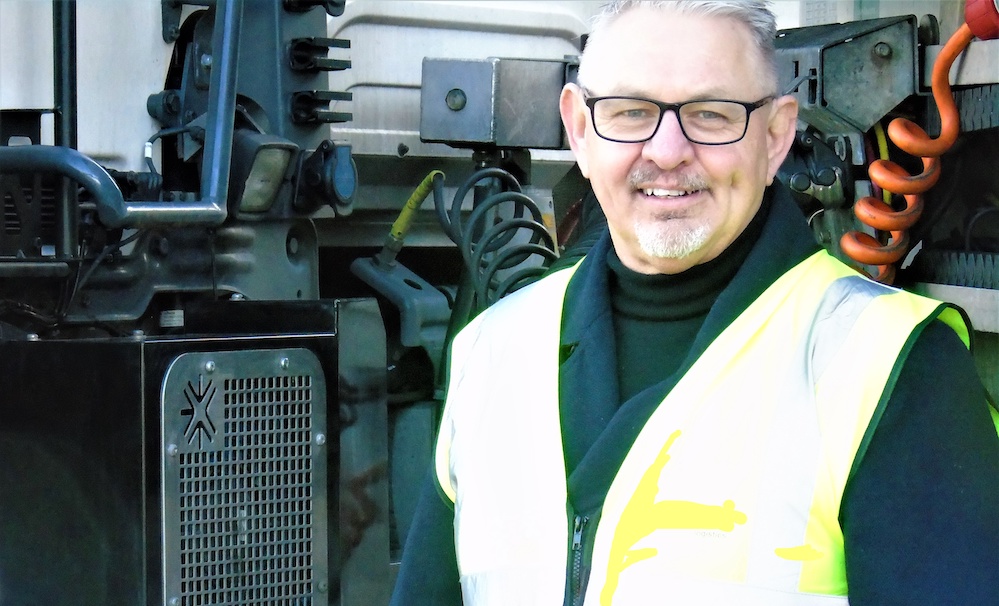 Virtually all climate-controlled operators face massive cost increases when the Treasury’s controversial initiative to claw back funds from an already overstretched transport sector kicks in next month, April 1.

Graham Usher, managing director of Hultsteins, the manufacturer of hydraulic refrigerators and electric generators, offers some advice and suggests a proven solution to literally bypass the existing refrigerator motor and thus, during transport, virtually eliminate the diesel from the refrigerator.

“I’m sure all temperature-controlled operators are well aware that from April 1 the government mandate states that all TRUs must be emptied of red diesel and refueled of white fuel – meaning a sudden increase and massive pricing for all. However, I’m not sure every operator has calculated how much this law change will cost or how they might avoid the problem in the first place.”

Hultsteins focuses on two key product groups: hydraulically driven refrigerators, called EcoFridge, which use a hydraulic pump to draw power from the rigid truck engine to drive the refrigerator; and Ecogen, a small electric generator that Hultsteins says is an ideal and affordable solution to the cost increases that will hit the refrigerated sector in April.

Ecogen, says Hultsteins, does not replace the existing diesel refrigeration system, but rather works in tandem with the refrigerated trailer unit to generate a constant 400V, even at idle. This power, supplied via the tractor’s PTO, literally turns the diesel unit into a hybrid solution that uses the TRU’s built-in electric motor to drive the refrigerator during transport.

Hultsteins adds that a very small amount of diesel will be needed from the tractor to power the generator, but even so the company says the fridge’s diesel consumption will be reduced by more than 90%.

To that end, Hultsteins calculates that for a typical fridge running 56 hours a week and using 3 liters per hour, an annual fuel bill of around £9,000 can be expected. However, according to Graham Usher, by installing an Ecogen system, the cost of fuel per refrigerator unit can be reduced by around 90%, which means a return on investment in equipment in less than two years.

Hultsteins also highlights the guaranteed reduction in environmental impact: according to the company, Ecogen will reduce carbon and NOx (nitric oxide) emissions by up to 95%, while particulate pollution is also reduced.

“It follows,” says Graham Usher, “that if no diesel is used by the refrigerator, no emissions will be produced. Yes, a very small amount of additional diesel will be used by the tractor during transport, but the overall fuel reduction is very significant. »

Graham goes on to explain that based on the above fuel and usage assumptions, a carbon saving of around 20 tonnes per year can be expected from each Ecogen system.

“Additionally, Ecogen is ideal for urban and nighttime use as the diesel engine in the TRU will not run” and in turn the greatly reduced use of the engine means less maintenance which extends the life of the refrigerator .

As April 1 approaches, Hultsteins advises climate-controlled trailer operators to take stock of their situation and make the necessary preparations. “If you use Scania, Volvo or Renault, an Ecogen system can be installed quickly and easily. Or just retrofit a PTO, but don’t forget to specify your next tractor with a PTO already fitted from the factory, so an Ecogen can be used quickly. Tips considered by Managing Director, George McLaughlan of McLaughlan Transport:

“We ordered the new units with a factory-fitted PTO so that the Ecogen system could be put into operation immediately. We are the first in Scotland to benefit from Hultsteins on-board generators and with the price of diesel set to skyrocket in April and carbon emissions now high on the list of environmental concerns, it seems like the next best thing.