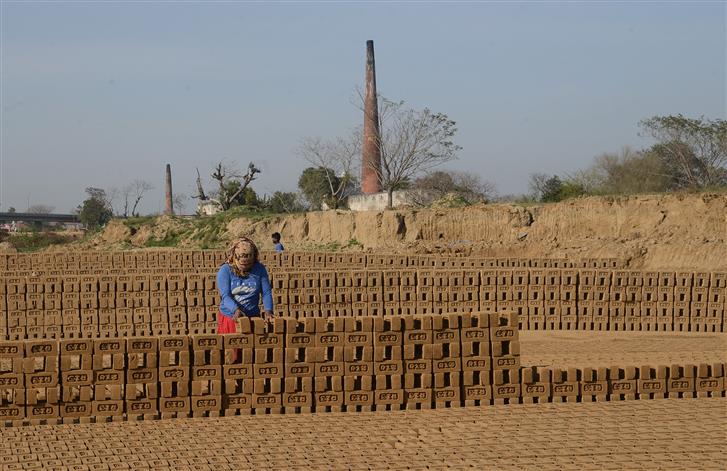 Punjab mandates use of 20pc straw as fuel for brick kilns : The Tribune India

The Punjab government announced on Sunday that it would be mandatory for brick kilns across the state to use 20% straw as fuel.

It was disclosed by the Minister of Environment, Science and Technology, Gurmeet Singh Meet Hayer here. He said that as directed by Chief Minister Bhagwant Mann, the government has issued a notification that 20% of straw pellets for brick kilns must be used as fuel.

He also said that brick kiln owners had six months to prepare for this new management and that action would be taken against those who did not apply these instructions after May 1, 2023.

Hayer said in situ and ex situ works are being done by the government to help farmers in stubble management and deal with the problem of pollution caused by stubble burning.

Farmers in Punjab have received 1.25 lakh machines in subsidy for in situ thatch management, while under ex situ framework, industries are encouraged to use thatch as fuel. Efforts are being made to produce CNG, electricity and other energy sources from straw, the minister said.

Hayer said the new decision on the use of straw as fuel will give a big boost to straw management and farmers will also get financial help by selling straw.

He said the Department of Environment and Science and Technology will provide all technical assistance to the brick kilns. In addition, all Deputy Commissioners have also been instructed to follow these instructions as part of the notification issued in this regard.