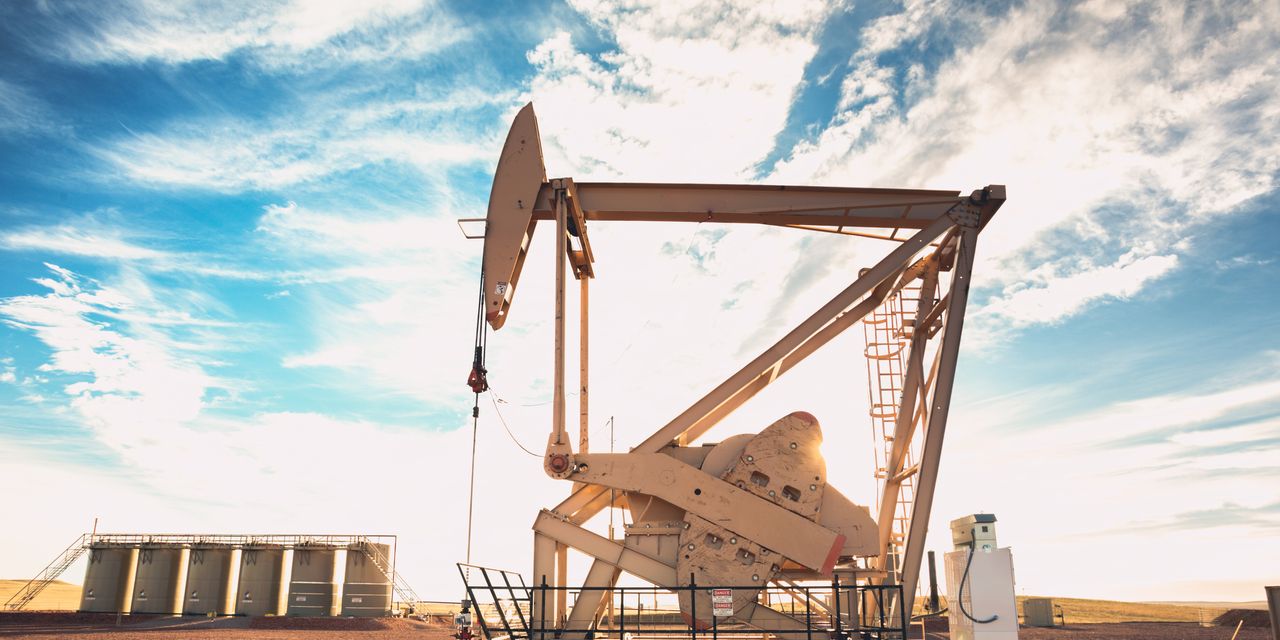 Imagine an investor trying to compare the prospects of a global energy conglomerate and a North American refining company against the backdrop of an energy price shock created by the war in Ukraine.

The immediate conclusion could be that both companies are experiencing volatility amid energy price spikes. But each will have its own stock price fluctuation, given changes in the price and demand landscape for its particular type of fuel.

And, of course, longer-term trends have their own effects – for example, as renewables become cheaper and a valid alternative to fossil fuel sources.

In this way, an episode of equity price volatility hitting markets is a natural experiment to show how markets will be pressured over time by climate change as businesses and governments seek to decarbonize while reducing their exposure to energy imports.

For an investor trying to choose among companies — especially as the world heads toward a slew of net zero goals and international climate agreements — she needs stronger disclosures. The types of disclosures typically issued by companies today can read like marketing brochures, with plenty of non-standard information supplemented by public relations.

And that’s why disclosing companies’ overall reliance on fossil fuels — which would be mandated by a new rule proposed by the Securities and Exchange Commission — would be a game-changer.

The rule would require disclosure of three metrics related to the impact of fossil fuels: Scope 1 emissions, which refer to direct emissions; Scope 2, which includes indirect emissions such as energy used in manufacturing or production; and Scope 3, which are a company’s supply chain emissions.

Scope 3 emissions can be significant for many companies and seem beyond their control, but they are in fact often able to make choices about where they source products from, how they are delivered, etc.

Many business models are based on remote and cheap labor or natural resources with no real concern if they are extremely inefficient from a fossil fuel perspective. So it’s all too easy for even the best-meaning investors to overlook the future consequences of how businesses operate, especially as the world tries to meet climate commitments like the Paris Agreement through regulation. , carbon pricing, etc.

If a company’s profitability depends on a high-emissions supply chain, and without it profits would plummet, investors need to be informed. Companies that don’t want to expose their true addiction to fossil fuels are hiding huge risks.

What an investor should do

For now, the best most investors can do is try to create their own calculation of how much the global and diverse nature of a company might insulate it from the energy transition, at least relative to the pure North American example above. playing oil refiner. Or an investor may imagine that the sheer size of a company may mean that it will be much more difficult to hijack the ship from fossil fuels.

Climate change will put $11 trillion in assets at risk over the next three decades, according to the United Nations Environment Program Finance Initiative. And based on our own statistical analysis of the S&P 500 SPX,
,
we found that 23% of publicly traded company investor returns are still optimized for a “business as usual” energy path. As the world decarbonizes to meet agreements signed by governments and net zero commitments made by companies, the stock prices of these companies will come under pressure.

Some data companies have attempted to aggregate all publicly available information related to corporate carbon footprints and transition efforts. But, as always, there may be trash inside, trash outside. If companies are not required to report comparably, expect a high coefficient of “green bleaching” in this data.

That’s why the SEC’s proposal is a big deal.

Yet it might not have seemed so. Amid last month’s 84-minute SEC meeting announcing the rule, a discussion dominated by talk of perilous temperature rises, greenhouse gas emissions and the risk of corporate profiteering flared up. focused on… recipes. It was SEC Commissioner Hester Peirce who drew the analogy to the difficulty for companies to move from voluntary climate disclosures to a legally binding and standardized approach.

“I liken the rule to cooking,” Peirce said. “When I follow a recipe, I pick and choose which aspects to follow based on the time I have, my ambition, and the ingredients I have on hand.”

If Peirce, a Republican nominee, was a chef and said she “had to cook the same recipe in a Michelin-starred restaurant for a table of eminent food critics, my stress levels would go up dramatically,” she said. “For all those companies that have made voluntary disclosures, the mandatory version we’re presenting to them today is a much higher stakes game.”

We agree with Pierce on one thing: this is indeed a very high stakes game. Given the existential threat we face from climate change – entire species, cities and nations are at stake, not to mention billions of dollars of investors – we’re surprised anyone wants casual cooks in the kitchen, picking and choosing which aspects of climate impact they want to report.

Critics not only misinterpret the risk to the planet. They also don’t seem to grasp the growing and immense risk to corporate earnings and investor returns. It is the one that should unite the ecologists and the pure capitalists among us.

To begin to understand the magnitude of the impact, it helps to remember that every business uses energy. The use of fossil fuels is so widespread that we are like fish that do not know they are wet.

Climate change risk is already, by definition, significant, and protecting investors from huge potential losses is entirely within the purview of the agency charged with protecting and regulating securities markets.

In the footsteps of Germany, the United Kingdom, Japan

Such changes are not new to economic systems. Regulators in Germany, the UK, Japan, South Korea and Singapore, among others, have mandated corporate climate disclosure. The SEC’s proposal would be phased in over several years. As SEC Chairman Gary Gensler has said, “Companies and investors would benefit from clear rules of conduct.”

Information provided by large companies would be subject to audit. Other reporting requirements worthy of applause include information on climate-related risks to financial performance in the short, medium, and long term. This will likely require scenario analysis, something that has long been dreamed up by the Task Force on Climate-Related Financial Disclosures, a consortium of some 32 members selected by the Financial Stability Board to represent relevant industries and investors at across a wide swath of the G-20.

Given the complexity of capturing the interdependence of climate and economics – two systems so complicated that most quantitative analyzes must use a system dynamics approach to even imagine how changes in one will have one impact on the other – will be essential in charting the way forward.

The SEC’s climate disclosure recipe may not be perfect yet, and the ingredients may need to be adjusted. But if the goal is to protect investors while companies thrive and the planet survives, the SEC’s menu is particularly appealing.

Thomas H. Stoner Jr. is co-founder and CEO of Intelligent, a climate analytics and investment data company. Pooja Khosla is the executive vice president of customer and product development for the company.