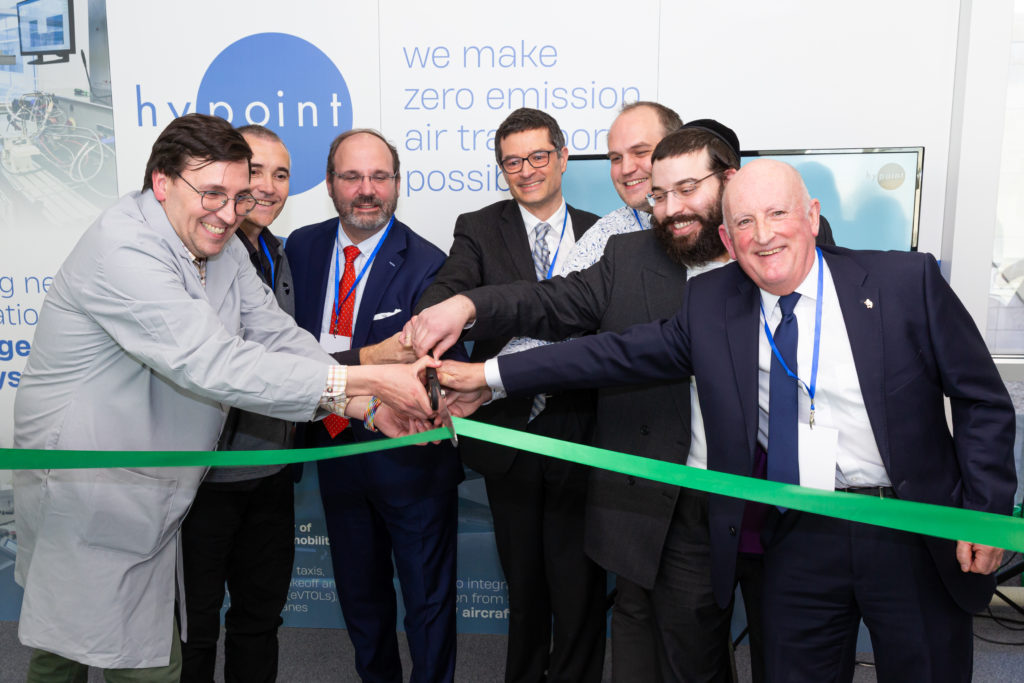 Opening of a hydrogen fuel cell factory in the UK

Hypoint has opened an R&D and production site in the UK to manufacture its air-cooled hydrogen fuel cells, which are developed specifically for use in aircraft.

The laboratories in Sandwich, Kent, were officially opened last month. Speaking at the opening ceremony, Alex Ivanenko, Founder and CEO of HyPoint, said, “Launching the manufacturing site is an important milestone in our journey.

“Our work here is key to unlocking faster decarbonisation of aviation and urban air mobility, while creating economic activity and jobs across the country to support the long-term sustainability of the UK aviation industry. “

The Hypoint facility in Sandwich, Kent, was once used by a pharmaceutical company

Hypoint, which is headquartered in Menlo Park, California and was founded in 2019, has ordered 600 fuel cell systems under deals with companies including hydrogen aircraft developer ZeroAvia and manufacturer American rotorcraft Piasecki Aircraft.

Hypoint is working with Piasecki on the eVTOL PA-890 compound helicopter. The PA-890 is expected to become the first hydrogen-powered manned helicopter when launched in 2025.

Jon Piasecki said, “We appreciate working with Hypoint on what we believe is a revolutionary vertical flight product that will help democratize aviation.

“The biggest challenge is the cost. This technology could reduce this by 50%. It is a transformational amount.

“ZeroAvia does most of its R&D activity for our 10-20 seater aircraft in the UK and it’s great to have a leading fuel cell developer such as HyPoint close by,” said Val. Miftakhov, founder and CEO of ZeroAvia, who was also present at the ceremony.

“We will continue to work closely with HyPoint to develop hydrogen fuel cells for our future power plants and look forward to even closer collaboration in the future.”

Hypoint aims to have its fuel cell certified for commercial use by the end of 2025, when the facility in Sandwich, UK, will employ 100 people and be capable of manufacturing 100MW of fuel cells per year, enough to power around 200 aircraft, increasing to 1000 MW by 2028. 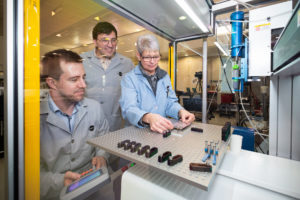 The company plans to invest more than £11 million (US$14.4 million) in the Sandwich plant over the next three years. “Engineering and R&D are the most important activities of our company,” Ivanenko said. “The fuel cells will be produced, tested and certified at the Sandwich plant.”

“We figured out how to increase the temperature and pressure in the cell without increasing the weight. We are two to three years ahead of the competition. There is no similar solution on the market,” Ivanenko said. “The main weight savings are possible because there is no liquid cooling. There is also no humidity control, which simplifies the system.

Hypoint is partnering with German chemical company BASF to develop and manufacture the Membrane Electrode Assembly (MEA) used by the fuel cell system. Engineers are working to further increase fuel cell durability and on a new design that uses new geometry and manufacturing technologies this year.

Carsten Henschel, Senior Energy Sales Manager at BASF, said: “We started working with Hypoint two years ago. At first I was skeptical, but they won me over with test results and a design that represents a paradigm shift for technology. I have worked with fuel cells for over 20 years and they have opened our eyes to possibilities and sparked innovation.

With cyclic operation, impurities in the gas stream and changing environmental conditions can stress the materials used in low temperature fuel cells. HTPEM fuel cells operate at temperatures between 120 and 180°C (248 and 356°F), enabling high impurity tolerance and simplifying temperature and water management.

Over the next two years, engineers at Hypoint’s Sandwich plant will test individual cells and stacks at high power levels in its ATEX-approved laboratories. The testing laboratory has a high ceiling of approximately 10 m (33 ft) to prevent the buildup of explosive gases and extensive ventilation.

A bespoke platform has been developed to test fuel cells. The platform, which looks like a model wind tunnel, places the batteries under temperatures of up to 180°C (356°F) at a number of different pressures.
Sergey Panov, co-founder and technical director of Hypoint, said: “The test bed is intended for single fuel cells and short cells up to 120 kW. It is able to simulate the conditions to which the fuel cell will be subjected during a real flight in an aircraft.