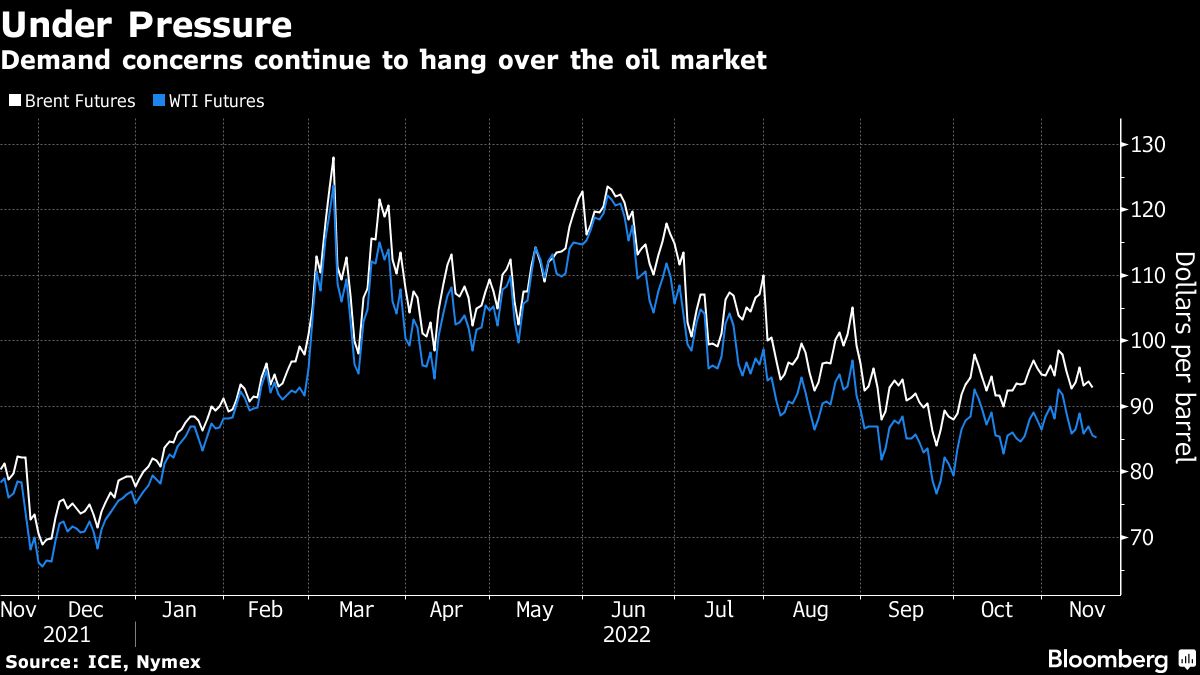 West Texas Intermediate fell below $85 a barrel after closing down 1.5% on Wednesday. China is grappling with a rise in Covid cases, while JPMorgan Chase & Co. predicts the United States will enter a “mild” recession next year due to rising interest rates. OPEC lowered its oil demand forecast earlier this week.

NATO and Polish leaders said there was no indication a missile that hit the country’s border with Ukraine was an intentional attack by Russia, allaying fears it could lead to an escalation of war in Europe. The Druzhba pipeline that carries Russian oil west has also restarted after a power outage.

The widely watched time gaps remain in a bullish backward pattern, but they have narrowed over the past few sessions. Brent’s early spread — the difference between its two closest contracts — was $1.19 a barrel in forward, down from $1.86 at the start of the month.

There was little price reaction after US government data showed commercial inventories fell by 5.4 million barrels last week, the biggest weekly drop since August. Yet the outlook for global supply remains uncertain, with the European Union set to sanction flows of Russian crude from December.