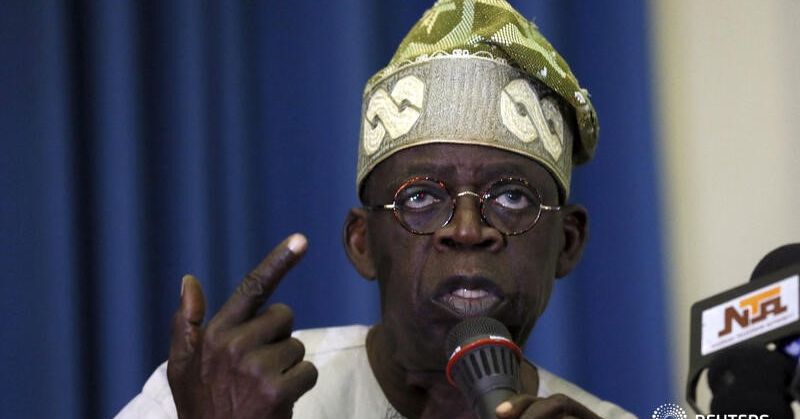 Nigerians will elect a successor to President Muhammadu Buhari, who will step down next year after serving the constitutionally mandated two presidential terms.

Tinubu, 70, of Buhari’s ruling All Progressives Congress, is a former state governor and senator from Lagos, the country’s commercial capital.

He launched his presidential manifesto in Abuja where he promised to create a special enforcement and surveillance unit to protect the country’s oil pipelines by “deploying technological interventions”, including drones.

The 75-page manifesto said the Tinubu government would increase gas production by 20% and complete gas infrastructure projects by 2027.

On the fuel subsidy, a major election issue, Tinubu said it would be phased out and the money would be channeled into agricultural and social welfare programs, road construction, public transport subsidies, health programs. education and health.

“In this way, funds are more directly and better used to meet urgent social and economic needs,” the manifesto states.

Previous Nigerian governments promised to remove the subsidy but failed.

A Tinubu government would also review the existing exchange rate regime which has seen the premium between the official and parallel rate of the naira widen this year. New external debt will only be contracted for “projects that generate cash flows from which the debt can be repaid”.

Tinubu said he would use his experience leading Lagos between 1999 and 2007 to institute “no frills” crime prevention reform to end insecurity in Africa’s most populous economy.

Anti-terrorist battalions would be created to fight insurgency in the northeast and banditry and kidnappings in northwest Nigeria while the army would be better equipped, he said.