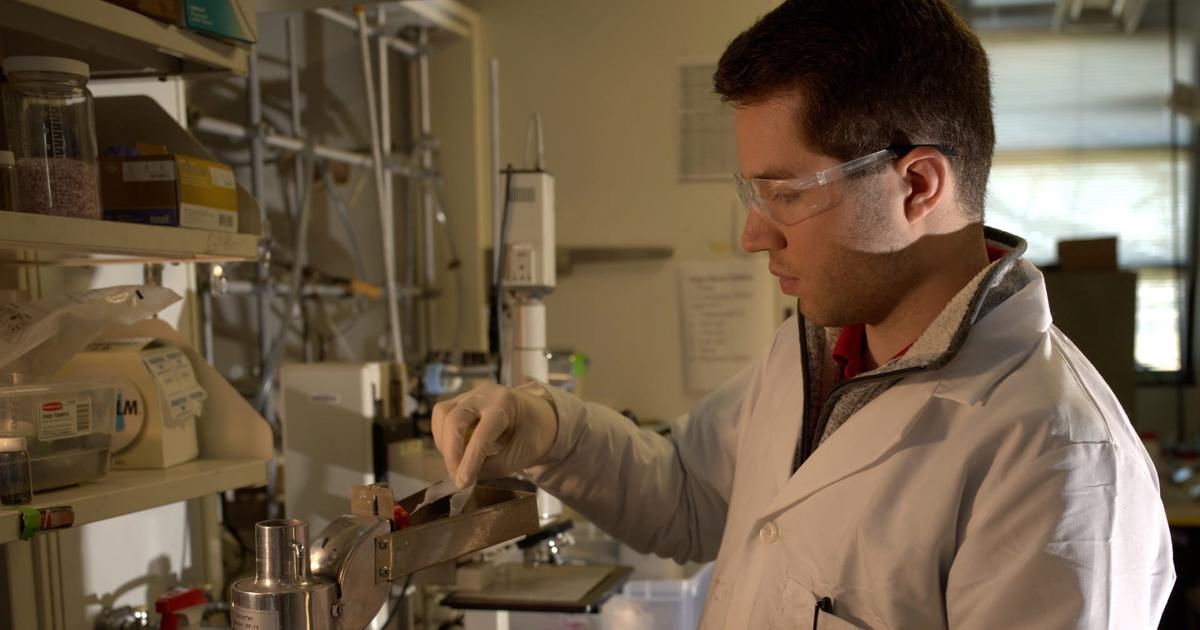 Two of our biggest environmental problems are tons of unusable plastic waste, and tonnes of carbon dioxide (CO2) released into the atmosphere by stack emissions. A new method is claimed for using the first to trap the second.

Currently under development by a team at Rice University, the technique is a variation of an existing plastic recycling process based on pyrolysis – pyrolysis is defined as the thermal decomposition of materials at high temperatures in an atmosphere inert.

The procedure starts with grinding the plastic waste into a powder, after which it is mixed with potassium acetate – this is the unique piece – then heated to 600 ºC (1,112 ºF) for 45 minutes. This turns the plastic powder into absorbent particles filled with nanoscale pores, which are very effective at trapping airborne carbon dioxide molecules.

Each particle can indefinitely store up to 18% of its own weight in CO2 at room temperature. When heated to around 75°C (167°F), however, it releases the trapped carbon dioxide, which could eventually be used in the production of products such as fuels or building materials. The sorbent particle can then be reused, as approximately 90% of its pores are reopened when the CO2 is released.

As a bonus, when the particles are initially created, a wax byproduct is also produced, which could be used in detergents or lubricants. And most importantly, while commonly used plastics such as polypropylene or high and low density polyethylene are generally difficult to chemically recycle, they are ideal for conversion into CO2-capturing particles.

“Point sources of CO2 emissions such as power station exhaust stacks can be fitted with this plastic waste-derived material to remove huge amounts of CO2 that would normally fill the atmosphere,” said Professor James. Tour, co-lead author of the study. with Wala Algozeeb, Paul Savas and Zhe Yuan. “It’s a great way to get one problem, plastic waste, to solve another problem, CO2 emissions.”

An article on the research was recently published in the journal ACS Nano.