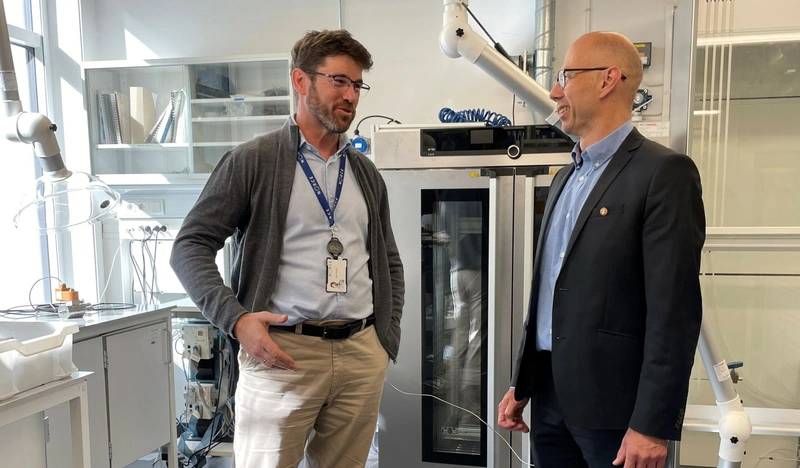 New research on the combined use of hydrogen fuel cells and

Corvus Energy has announced that it has been selected to lead an IPN project – a program funded by the Research Council of Norway to promote innovation in industry. Corvus Energy is teaming up with the NORCE research institute and other partners for the project which has received funding of NOK 13.9 million.

The industry project, titled “Optimized Hydrogen Powered Maritime Mobility” or “OptHyMob” for short, will improve operations of hydrogen-powered seagoing vessels to reduce costs and extend the life of hydrogen fuel cells and batteries in configurations hybrids. The project builds on the ongoing H2NOR project, partially funded by Innovation Norway, where Corvus Energy and its partners will develop, demonstrate and certify the modular, inherently gas-safe maritime PEM-based FC system, based on the technology of the world leader Toyota.

The lifespan of current fuel cell installations and the high cost of hydrogen are barriers to scaling up the hydrogen ship,” said Svenn Kjetil Haveland, Vice President of Development Projects at Corvus. Energy. “By solving this, we can accelerate the decarbonization of shipping.”

Haveland states: “The knowledge gained, as well as the models and systems developed within the framework of the OptHyMob project, will enable the cost-effective use of fuel cell-battery hybrid systems applied to ship propulsion. With increased efficiency and extended system life, the total cost of ownership will be reduced. which is critical to the marine industry’s progress towards zero-emission fuels.

This project will carry out its research in close collaboration with and in relation to another Research Council-funded KSP project, titled “Efficient Energy Harnessing of Hydrogen-Powered Ships” or “HyEff” for short, led by NORCE and involving the same partners.

“This IPN project carried out in tandem with the KSP project ‘HyEff’ will provide a unique knowledge transfer between academia and industry and establish best practices for hybrid operation of batteries and fuel cells in the maritime industry. and ultimately the global maritime industry in its quest towards zero-emission shipping and shipping,” says Fionn Iversen, Chief Scientist at NORCE.

The projects will combine experimental and large-scale operational data to develop a cost-optimized system that can recommend the optimal load distribution between fuel cells and batteries applied to ship propulsion. Next-minute wave and load forecasts will be developed using physics-based and data-driven models that will be implemented in a clustered industrial computing infrastructure.

In addition, research into the degradation mechanisms of batteries and FC systems used in marine applications will be conducted to determine how these components affect each other and how they can best be combined to limit system degradation and extend the life of the system.

2022-09-08
Previous Post: New survey shows the benefits and challenges of the trucking profession
Next Post: the health risks of not turning on the heating in winter