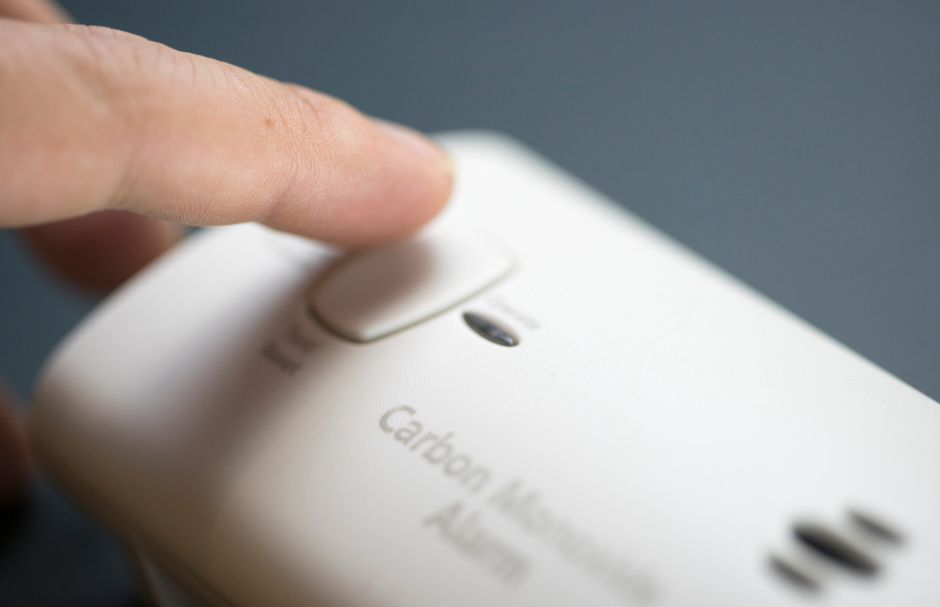 During Carbon Monoxide Awareness Week, Wales & West Utilities are urging people to check they have a working carbon monoxide alarm, following recent legislative changes in England in October and which will apply in Wales from December.

Thanks to new developments in smoke and carbon monoxide detectors, millions of homes across Britain will now have vital protection against the dangers of carbon monoxide. The requirement for carbon monoxide alarms came into effect in England on October 1, earlier this year in Scotland when the tolerable standard became law; and the Fitness for Human Habitation regulations will come into force on December 1 in Wales.

These developments follow a consistent and sustained campaign by the All Party Parliamentary Carbon Monoxide Group (APPCOG), of which Wales & West Utilities is a sponsoring member. APPCOG is chaired by MP Barry Sheerman and Baroness Finlay, with a total of sixteen parliamentary members representing five political parties.

Carbon Monoxide Awareness Week runs from November 21-27 and is organized by APPCOG. It aims to raise awareness of the risks and to help consumers and the public become aware of carbon monoxide.

Carbon monoxide, known as the ‘silent killer’ because you can’t see, smell or taste it, kills dozens of people a year in England and Wales and hospitalizes many more . In the UK, there are more than 4,000 accident and emergency visits for treatment of carbon monoxide poisoning – which can often lead to lasting neurological damage. Even low levels of exposure over a prolonged period can cause serious health problems, including brain damage, and officially reported figures are likely to be significantly underestimated.

From October 1, homeowners in England have been required to provide carbon monoxide alarms for all rooms in the house where there is a ‘stationary combustion appliance’; like a chimney or a boiler. The rules do not apply to gas stoves. Landlords must consider the needs of any tenant with a disability. Failure to comply can result in a fine of £5,000.

Clive Book, operations manager at Wales & West Utilities, said: “We want to make sure people are protected from the dangers of carbon monoxide and we welcome these changes.

“We urge everyone to use this time to check they have an audible carbon monoxide alarm and also to remind family and friends to check, to help everyone stay gas safe this winter. .”

“By making carbon monoxide alarms a legal requirement, governments are sending a strong message: carbon monoxide is very harmful. If you don’t have an alarm, you need to get one for your home as soon as possible. I urge everyone to join the Carbon Monoxide Awareness Week campaign from November 21-27, to raise awareness of the risks of carbon monoxide and what can be done about it.

To stay safe, people are urged to:

Install a carbon monoxide alarm in every room where there is a gas appliance and test it regularly.
Make sure gas appliances are serviced annually: this includes gas boilers, gas stoves and gas water heaters.

Know the signs of carbon monoxide: Watch out for your gas appliances burning a floppy yellow or orange, not crisp and blue; boiler pilot lights go out frequently; additional condensation inside your window; soot or yellow stains around appliances.

Know the symptoms of carbon monoxide poisoning: similar to the flu or food poisoning without a high temperature.

If your alarm sounds or you suspect carbon monoxide, take action: get out into the fresh air, leaving doors and windows open as you go. Then call the National Gas Emergency Service on 0800 111 999. In the event of a medical emergency, do not delay, call 999 immediately.

To learn more, join the campaign and follow #COAW and #CarbonMonoxide.

You can join us on our social media pages, follow us on Facebook Where Twitter and keep up to date with what’s happening in South Devon.