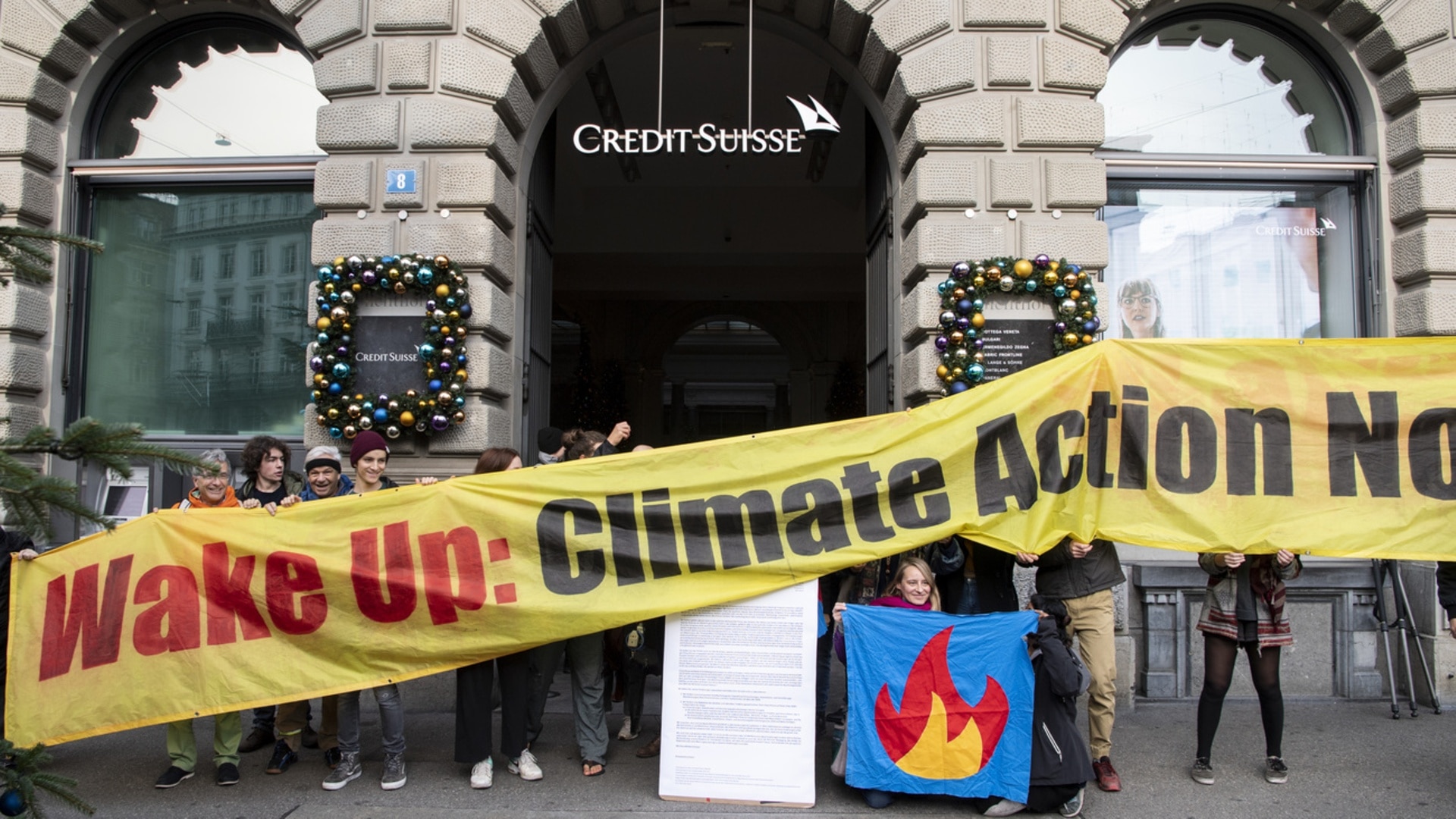 A group of 11 investors holding more than 2.2 trillion Swiss francs ($2.4 trillion) in assets has filed a shareholder resolution calling on Credit Suisse to cut lending to fossil fuel-related assets.

The shareholder resolution, filed on Wednesday, calls on Switzerland’s second-largest bank to amend its articles of association so that it provides better reporting on its exposure to climate change risks and on its plans to align its financing activities with the Paris climate agreement.

“We have been engaging Credit Suisse for many years on this issue,” said Vincent Kaufmann, CEO of the Ethos Foundation, which coordinated the investor coalition with the NGO ShareAction. If progress has been made, “it remains the Swiss bank most exposed to fossil fuels”.

Ethos wrote in a Press releaseExternal link that investors were very concerned about the financial, regulatory and reputational risks of Credit Suisse “continuing to finance activities that appear incompatible with its own objective of aligning its financing with the objective of the Paris Agreement (to limit the global warming at +1.5°C).

If the resolution goes to a vote at the bank’s annual general meeting scheduled for April 29, it would be the first climate-related shareholder resolution to be voted on at a Swiss company.

Credit Suisse responded to the shareholder resolution by saying it had begun a dialogue with shareholders and would outline cuts to its oil, gas and coal funding in its sustainability report on Thursday.

“We have publicly committed to achieving net zero in our operations, supply chain and financing activities by 2050,” the bank said in a statement emailed to Reuters.