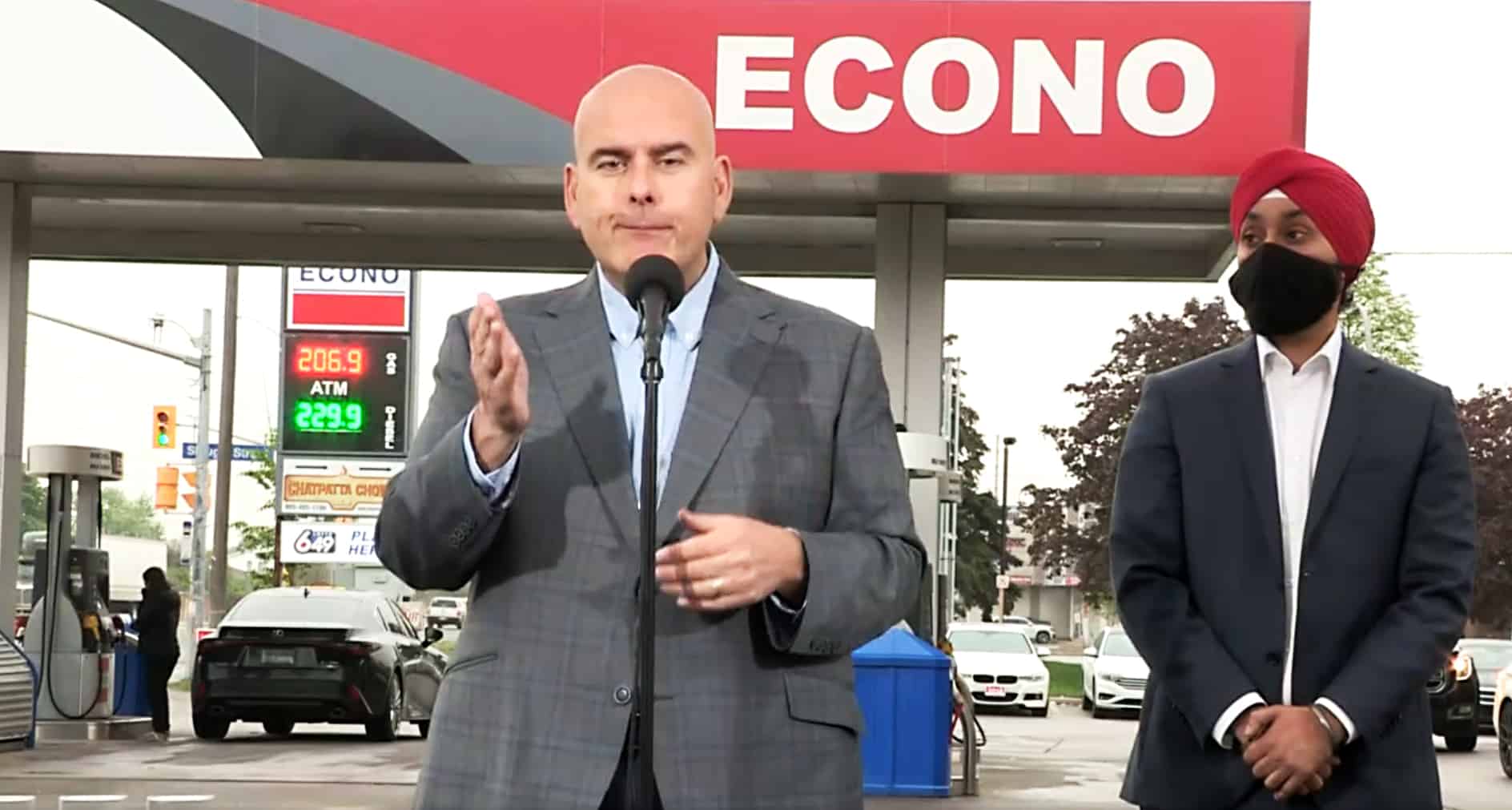 Liberal Leader Steven Del Duca used the backdrop of a Mississauga gas station today to lash out at the Tory government and how, under Doug Ford, prices have skyrocketed in Ontario.

“We know Ontarians are in the midst of the worst affordability crisis they have faced in many years,” Del Duca said during his provincial election campaign in Malton. “The cost of almost everything in your daily life has skyrocketed under Ford’s Conservatives.”

Del Duca pointed out that during the 2018 provincial election, Ford said he would lower gas prices and warned that if he was not elected, prices would rise above $2 a year. liter.

“And what did we see?” The price of gasoline is now above that price and has nearly doubled since Ford became premier,” Del Duca said.

Directing his comments specifically to Mississauga voters, Del Duca said if he became premier he would lower both gasoline and fuel taxes, which would immediately lower the price we pay at the pump.

In addition to stopping at the Malton gas station, Del Duca is also in Mississauga today for a town hall meeting and to visit with small business owners.