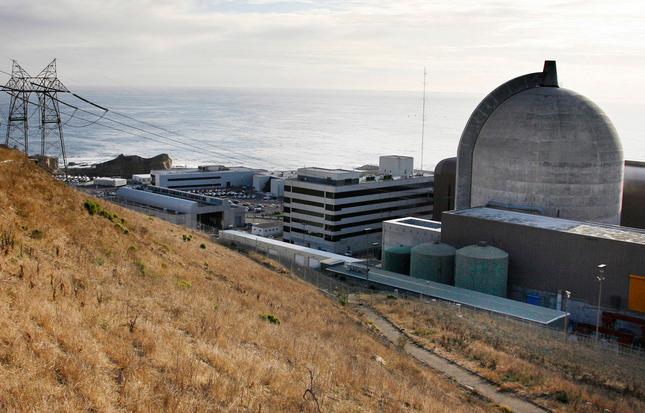 Submit your letter to the editor via this form. Read more Letters to the Editor.

Nuclear power has its own unresolved risks

Heather Hoff makes a good argument for keeping Diablo Canyon open (“Solar Advocates Should Support Diablo Canyon», Letters to the editor, page A12, February 20). The cost of energy produced from an operating nuclear power plant is very low. It produces an almost constant amount of energy 24 hours a day.

But nuclear energy has a dirty little secret. It produces one of the deadliest and most dangerous substances on Earth: spent nuclear fuel (SNF) that will last virtually forever. There’s no way to make it safe, and it’s left at reactor sites, including Diablo Canyon. Just look at Fukushima or Chernobyl to understand what could go wrong.

We don’t want to read Marc A. Theisen and Victor Davis Hanson: These are not only opposing and conservative views, but these two lack gravity. I used to read William F Buckley and George Will with pleasure because not only did they write well, but they stood for true conservative principles and were not Trump acolytes. As George Will once wrote, “Buckley stands across the history of the United States. … Bill’s distinctive voice permeated and enhanced an era. It will not be forgotten by anyone who has had the pleasure of hearing it.

And regarding “Mallard Fillmore”, I do the “duck fold”. Opening the comic section, I fold below “For better or for worse” and “Doonesbury Classics”. Finishing the peak, I quickly fall back over “Sally Forth” and “Rhymes with Orange”, so I don’t even see the rubbish spewed up by Bruce Tinsley in “Mallard Fillmore”.

Opposition to lifting mask mandates is misplaced. The time to lift mask mandates is well overdue. If one is still worried, just make sure you’re vaccinated, wear an N95 and keep your distance, and you’re unlikely to get infected.

Most people in this country are tired of wearing masks; that’s why states like New York and California are giving in to the clamor and lifting their mask mandates. At this point, forcing the majority of citizens to wear masks is like wagging the dog’s tail. Let freedom and science prevail.

Wear the “awake” tag as a badge of honor

They call me “awakened”. Thanks, that’s a compliment.

To be awake means to be aware and to understand one’s surroundings and situations. And be able to act effectively. The opposite of awake is “unawakened”, or more succinctly, asleep. And we all know what it means to sleep. Thanks again for the compliment.

As the climate warms, heads of state must act

Californian skiers have long known that climate change is affecting ski areas. The snow elevation is higher. The lack of precipitation has resulted in a much shallower snow base and less water from snowmelt.

There are other serious effects of climate change. It is simply misleading to say that because there were droughts, fires and hurricanes 500 years ago, calling the much more extreme versions of these weather events is “alarmist”.

We must respond with legislation. Legislation that puts a price on carbon is the only remedy that significantly reduces carbon emissions and sufficiently tackles climate change.

Our long relationship with plastic has created millions of tons of plastic waste that accumulates in our landfills, kills and suffocates too many of our precious marine animals, and spreads toxins into our water that spills across the country.

I’m breaking away from plastic, and calling on all Californians to do the same. It’s time to move on from this toxic relationship; tell your local Assembly member to vote yes on FY 2026.