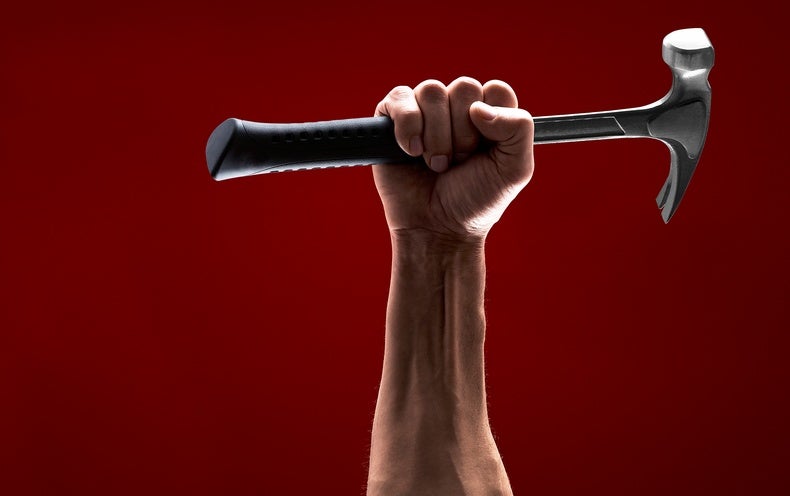 A week and a half before the midterm elections, a man broke into Speaker Nancy Pelosi’s house shouting, “Where’s Nancy?” and attacked her husband with a hammer. David DePape, accused of the attack, had posted a series of rants that included references to a sprawling conspiracy theory known as QAnon, which claims that Satan-worshipping Democratic pedophiles are trying to control politics and media in the world. world.

Several hours earlier, Fox News’ Tucker Carlson interviewed right-wing activist Christopher Rufo, who claimed that drag queens attending book readings were trying to “sexualize children.” The people who support these events, he said, want to create “a sexual bond between adult and child, which of course has long been kind of the last taboo of the sexual revolution.”

With the backing of former President Donald Trump, the pedophile conspiracy theory has helped to escalate the spiral of threats and violence, including the deadly Capitol Hill insurgency on January 6. A revival of the groomer’s libel against the LGBTQ community (a reference to a pedophile) has escalated the assault. Right-wing media figures and activists have created or amplified conspiracy theories about Pelosi, Hillary Clinton, Bill Gates and others.

Dehumanizing and defaming a person or group of people can cause what academics and law enforcement officials call stochastic terrorism, in which ideologically motivated hate speech increases the likelihood that people will violently and aggressively attack unpredictable the targets of vicious claims.

At its core, stochastic terrorism taps into one of our strongest and most complicated emotions: disgust.

In my new book Flush, I describe how psychologists have come to view disgust as a kind of behavioral immune system that helps us avoid harm. Whether in response to feces or rats, disgust triggers an aversion to things that can make us physically ill. Emotion has a darker side, however: in excess, it can be weaponized against people.

Propagandists fomented loathing to dehumanize the Jewish people as vermin; Blacks as sub-human apes; indigenous peoples as “savages”; immigrants as “animals” unworthy of protection; and members of the LGBTQ community as sexual deviants and “predators” who prey on children.

This horrific history is repeating itself now, as political extremists create dangerous new strains of contempt and hatred. During the COVID pandemic, there has been a rise in racism and xenophobia, as well as violence against foreigners who are baselessly accused of importing disease and crime.

Even when disgust does not incite outright violence, it can still cause harm. Clinical psychologist Steven Taylor, author of The Psychology of Pandemics, told me that the ongoing monkeypox outbreak has further amplified bigotry. The disease’s mode of transmission through close physical contact and its symptoms of pus-filled sores, he says, make it a perfect vehicle for inducing disgust. His name and origins in Africa have fueled racist misinformation about how he spreads, and his connection to men who have sex with men has also fueled stigma and homophobia.

People trying to ban gender-affirming care for transgender children and purge pro-gay books from library shelves have sparked loathing by raising the specter of sexual “grooming”; others have leveled the same accusations against those who have spoken out against such legislative efforts, and some have used the idea to fuel misinformation about the cause of the scattered cases of pediatric monkeypox. The mythology of manufactured grooming has sparked another wave of moral disgust and outrage.

In response to Rufo’s rant, Carlson – who averages more than three million viewers – explicitly linked drag queens to pedophiles: “Why would a parent allow their child to be sexualized by a grown man with a child fetish? Rufo then suggested that parents should back off and “arm themselves with literature” that is supposed to expose the child sexualization agenda. Carlson replied, “Yeah, people should definitely arm themselves.”

Some people have. Researchers have estimated that transgender people are more than four times more likely to be victims of violent crime than their cisgender counterparts, and while there’s no direct link to violence, other scientists have linked sensitivity to disgust and authoritarianism to greater opposition to transgender rights. In recent months, attackers repeating the groomer’s insult have threatened to kill drag queens and LGBTQ people, as well as educators, school officials, librarians, parents and lawmakers who have come to their defense.

Ahead of the midterm elections, a blitz of far-right radio ads targeting black and Hispanic stations in swing states repeated lies about transgender people and a QAnon warning that the Biden administration will make it easier children. and genitals” – an attempt to evoke disgust. Other advertisements aimed at a white audience assert that minorities are the real aggressors and destroyers of social norms. One denounces “anti-white bigotry”. Another ominously warns: “Stop the woke war against our children.

The cynical call to protect children by attacking minorities has revealed a bitter irony: disgust is an emotion that evolved to keep us out of harm’s way, but people have long misused it to inflict cruelty and catastrophic harm .

No intervention is likely to reduce the boil of this toxic stew. But a better understanding of how disgust works and how we can be manipulated by our feelings of revulsion can help us turn the heat down. Just as we can overcome our fears, Taylor said, we can free ourselves from disgust. Desensitization and habituation can diminish its potency. Other research suggests that interventions based on compassion, empathy, and building trust can help weaken its contribution to bias. Outreach and education can expose unconscious biases and expose the tactics of those who weaponize them, such as those inciting the current wave of ugly anti-Semitism.

A day after the attack on Paul Pelosi, Hillary Clinton reacted to the suspect’s apparent far-right influences by Tweeter, “The Republican Party and its spokespersons now routinely spread hateful and delusional conspiracy theories. It is shocking, but not surprising, that violence is the result. As citizens, we must hold them accountable for their words and subsequent actions. In response, new Twitter owner Elon Musk tweeted a hateful conspiracy theory by a notoriously misleading news site that blamed Pelosi’s attack on the LGBTQ community; Musk then deleted the tweet, but then joked about it.

What can stop stochastic terrorism and break the cycle of vilification, threats and violence fueled by loathing? Turning off the fuel source is a start. Countering violent extremism programs, particularly those that focus on early intervention and de-radicalization, have had some success in at-risk communities. Other programs disrupt the ideological ecosystem that creates radical conspiracies through counseling, education, and other community interventions. Beyond understanding how our emotions can be exploited to demonize others, we can refuse to accept the false equivalence of “both sides” and the normalization of dangerous rhetoric and extremism. We can better enforce laws against hate speech and incitement to violence. And ultimately, we can opt out of money-making media platforms by keeping us disgusted, fearful, and oblivious to our own decency and shared humanity.

This is an opinion and analytical article, and the opinions expressed by the author or authors are not necessarily those of American scientist.