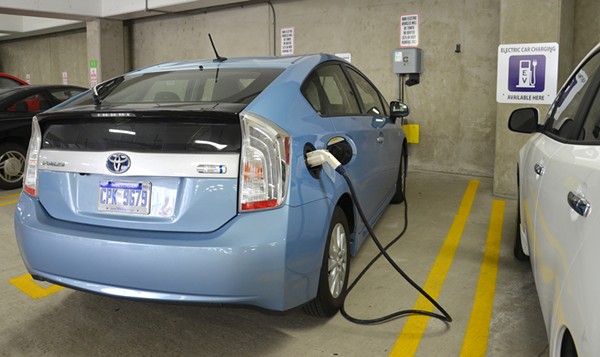 Groups working for cleaner air in Michigan say pressure is strong to encourage wider adoption of electric vehicles (EVs), with the state set to receive $110 million for EV charging under the law bipartisan on infrastructure.

Air pollution from tailpipe emissions is a major problem in Michigan, with negative health effects that disproportionately affect city dwellers and black and brown communities.

Jane McCurry, executive director of Clean Fuels Michigan, noted that more electric vehicles would not only improve environmental justice in the state, but benefit the economy.

“More than 20% of Michiganders are employed in the mobility industry,” McCurry pointed out. “And so, as this industry continues to evolve, we’re really looking forward to having new, innovative companies come to Michigan and employ Michiganders.”

She added that electric vehicles also cost less to maintain and operate than those running on gasoline or diesel. The Environmental Defense Fund (EDF) estimates that reducing pollution from all new freight trucks and buses by 2040, and in urban areas by 2035, would prevent around 57,000 deaths premature and eliminate more than 4.7 billion metric tons of climate pollution.

Larissa Koehler, EDF’s senior lawyer, said having more public chargers would benefit drivers of certain medium and heavy vehicles who travel long distances, as well as potential electric vehicle drivers who don’t have maybe no off-street parking or access to a charger now.

“Range anxiety is, I think, one of the still prevalent barriers to the growing adoption of electric vehicles,” Koehler explained. “Building that nationwide network of charging stations, which is the focus of this $5 billion funding pot, will be really key to alleviating that concern.”

McCurry agreed that the federal funds represent a big opportunity for Michigan.