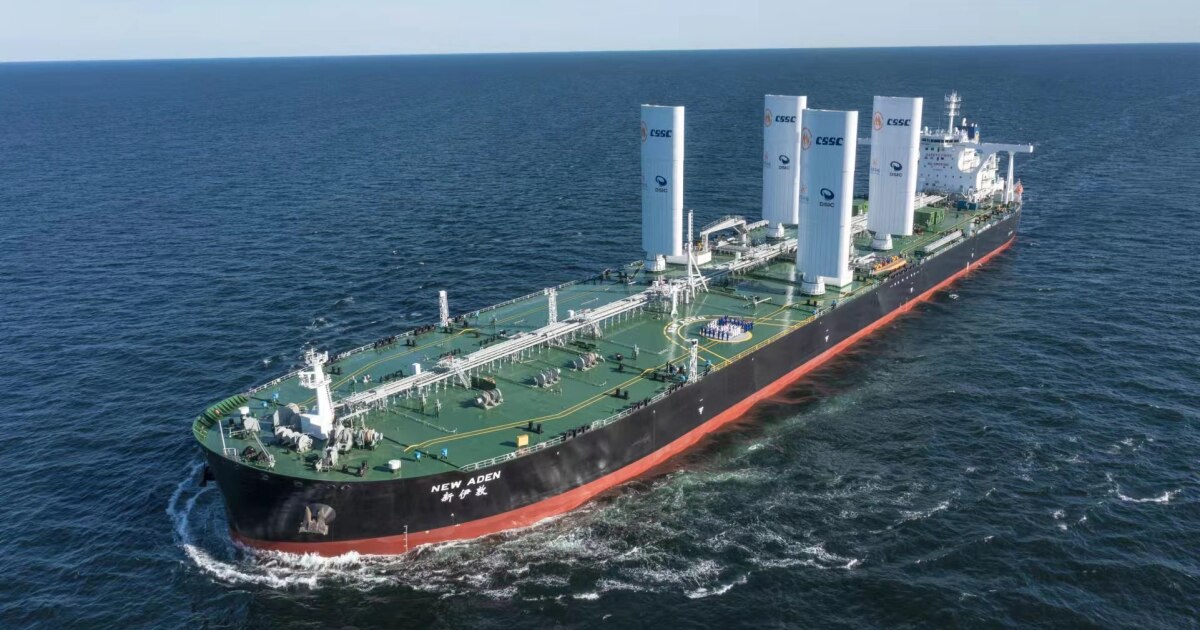 As the shipping industry prepares to decarbonize, huge sails could make a comeback. China Merchant Energy Shipping (CMES) has taken delivery of a new supertanker, whose four large sails will reduce average fuel consumption by almost 10%.

Sails, of course, have been the main source of power for large ships for thousands of years. Then German inventor Rudolf Diesel started his first engine in 1897, and the first diesel-powered ships took to the water in 1903. Safer and more efficient than steam engines, they slowly conquered the world of shipping and have been a mainstay of international trade ever since. They are dirty, however, with some 50,000 merchant ships in service contributing around 1.7% of global greenhouse gas emissions, and although methanol and ammonia are seen as promising cleaner energy alternatives , the technology is far from settled at this point.

Sails, however, are very well understood, and for at least 10 years we have seen concepts and plans to bring large airfoils back into the cargo and passenger industries. Irish company B9 Shipping floated the idea of ​​a 100% sail-powered freighter in 2012, although not much seems to have come of it. Wallenius subsidiary Oceanbird has now pushed back the launch date of its first retractable rigid sail vessel from 2024 to 2026.

But China’s Dalian Shipbuilding Industry Co (DSIC) has now paid off. The M/V”New Aden” is a 333-meter (1,093-foot) supertanker of the “Very Large Crude Carrier” class. Launched on September 24, this colossus operates a relatively modest, but revolutionary, wind-powered system. Four retractable sails, each rising to 40 m (130 ft) of the bridge and featuring a surface area of ​​1,200 m² (~13,000 ft²), are mounted near the middle of the long bridge.

These lightweight, corrosion-resistant carbon fiber composite blades can be raised or lowered with the push of a button. An “Aerofoil Sails Intelligent Control” system is designed to continuously monitor prevailing conditions, as well as sailing data, and continuously adjust the angle of the sails to make the most of the available wind.

As a relatively small implementation of the auto-navigation concept, this system is not designed to be the main engine. The ship will still burn a lot of diesel. But on an example sea route between the Middle East and the Far East, it is expected to reduce average fuel consumption by more than 9.8%, saving around 2,900 tonnes of carbon dioxide emissions on each trip. .

The New Aden is a crude oil supertanker, so despite all its promise as a test bed for green technologies, its primary focus is still on transporting around two million barrels of highly polluting fossil fuels around the world. But whether or not you consider it an exercise in greenwashing, it will clearly prove – or disprove – the economics involved in adding these huge sail systems to large modern ships, and is therefore an impressive achievement and an important piece of technology. . .