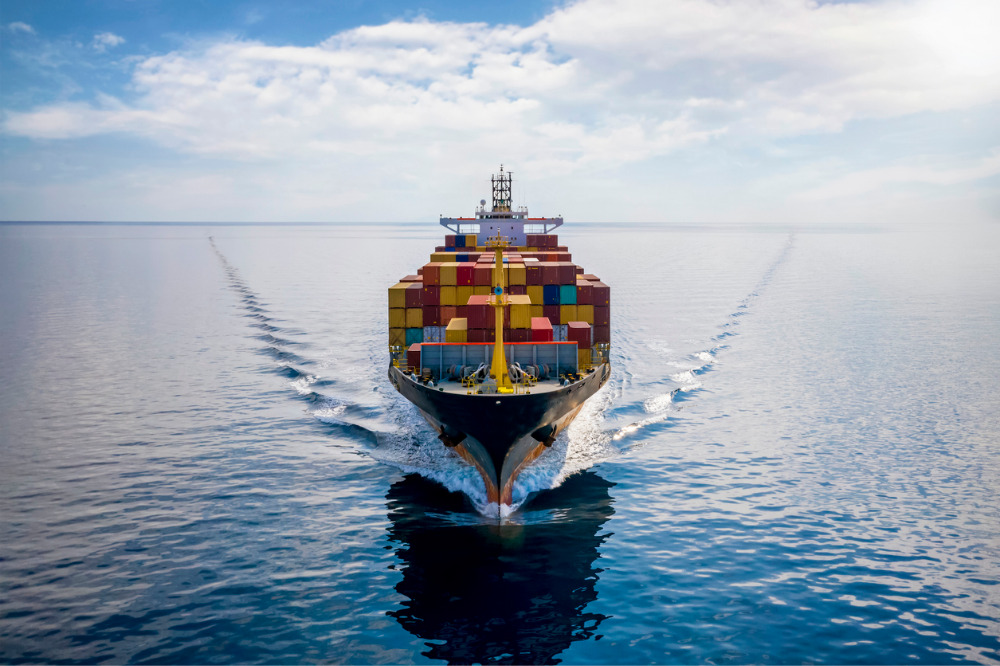 In 2021, one in five losses occurred in southern China, Indochina, Indonesia and the maritime region of the Philippines – the “global loss hotspot” which accounted for 25% of losses during the last decade, due to high levels of trade, congested ports, fleets and extreme weather conditions.

Half of the ships lost in 2021 were freighters. Sinking (sunk/submerged) was the main cause (60%) of the total losses.

While total losses declined, the number of reported maritime casualties or incidents rose to 3,000, most of them in the British Isles. Damage to machinery accounted for more than a third of incidents worldwide (1,311), followed by collisions (222) and fires (178). The AGCS noted that the number of fires had increased by almost 10% since 2020.

Russia’s invasion of Ukraine has severely affected the industry, causing loss of life and ships in the Black Sea, trade disruptions and the growing sanctions burden. This has worsened the shortage already faced by the global shipping industry, with Russian seafarers making up more than 10% of the workforce and Ukraine making up another 4%.

Going forward, an expanded ban on Russian oil could drive up the cost of bunker fuel and cause ship owners to switch to potentially substandard alternative fuels, potentially leading to machinery breakdown claims. At the same time, security agencies are warning of an increased prospect of cyber risks to the shipping industry, including GPS jamming, electronic interference and Automatic Identification System (AIS) spoofing.

The study predicted that the evolving array of sanctions against Russian interests – and the burden of complying with them – would present a challenge for various parts of the transportation supply chain, including banking and insurance. .

The study also called cargo fires a “priority concern” following the 2021 fires aboard the roll-on, roll-off car carrier Felicity Ace and the container ship X-Press Pearl, all of which two resulted in total casualties. More than 70 fires on container ships have been reported in the past five years, many of which started in containers due to non-declaration or misdeclaration of dangerous goods such as chemicals or batteries. Fires on large ships spread quickly, the study notes, and often result in the crew abandoning the ship – a cause of significant increase in the final cost of an incident.

Car carriers were also increasingly destroyed by fire, starting in cargo holds caused by electrical malfunctions or shorts in vehicles before spreading rapidly across open decks. The GATS noted that the growing number of electric vehicles being transported by sea could further complicate the issue, as existing countermeasures may not respond effectively to an electric vehicle fire. The loss expense would be enormous considering the value of the car cargo, the cost of wreck removal and pollution mitigation.

“Too often, what should be a manageable incident on a large vessel can end in total loss,” said Captain Rahul Khanna, global head of maritime risk consulting at AGCS. “Rescue is a growing concern. Environmental concerns are contributing to rising salvage and wreck removal costs, as ship owners and insurers are expected to go the extra mile to protect the environment and local economies.

Higher recovery costs, including specialized recovery equipment, are an increasing burden borne by cargo owners and their insurers. “General average,” the legal process by which cargo owners proportionately share the losses and cost of saving a shipping business, has become both a frequent and serious occurrence.

The study also noted trends caused by COVID-19. Foremost among these was the high demand for seafarers, as well as the fact that many skilled and experienced seafarers were leaving the industry despite this. This led AGCS to forecast a shortage of officers five years from now. For those who remained, low morale due to business pressures, compliance obligations, and workload created an error-prone work situation; the study found that 75% of boating incidents involve human error.

With demand for shipping at an all-time high due to COVID-19, some owners have extended vessel life. However, even older, well-maintained container ships and freighters (15 to 25 years old) are more susceptible to claims, while systems and machinery become more susceptible to failure.

Finally, the report notes that burgeoning international efforts to combat climate change have prompted the shipping industry to accelerate its sustainability efforts, as its greenhouse gas emissions have increased by 10% between 2012 and 2018. A growing number of ships are already switching to liquefied natural petroleum. natural gas (LNG), while other alternative fuels and electrically powered vessels are under development.

The transition to alternative fuels may lead to an increased risk of machine failure claims, AGCS predicted, as new technologies are tested and crews adapt to new procedures.