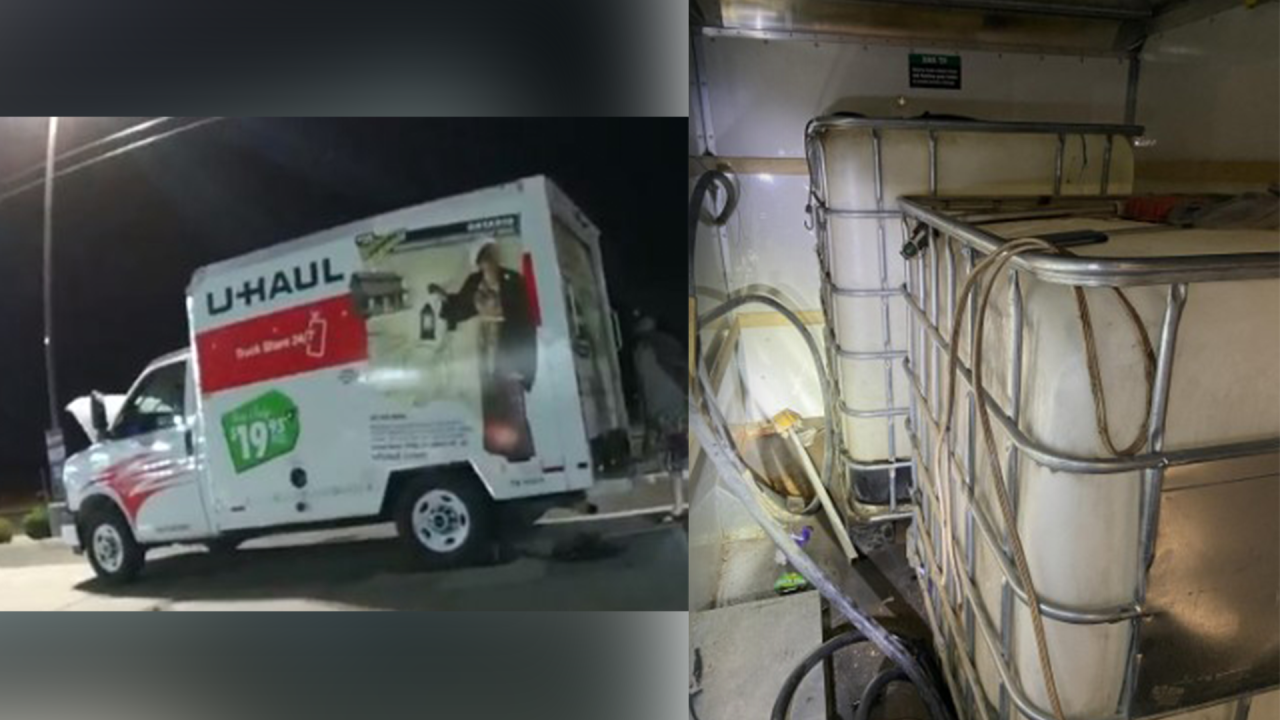 Fuel thieves used a moving van and pumps to steal from a gas station, police say

LIVINGSTON, Calif. (KSEE/KGPE) – A moving van was used to steal more than 450 gallons of fuel from a gas station, according to the Livingston Police Department.

Police said the vehicles were described as a U-Haul Box Van and another black vehicle.

Investigators later said they learned from CCTV that more than 450 gallons of fuel had been stolen from the business.

Around 3 a.m. Tuesday, an officer patrolling the area said he saw a U-Haul van and a black vehicle at the same gas station.

There was a man standing next to the van, and the black vehicle was nearby acting as a lookout according to the officer.

Investigators say they discovered the van was powering a pump inside the van that was siphoning fuel into large containers, from the gas station’s underground storage tanks.

Another man was found inside the van operating the pumps and a woman was inside the black vehicle.

Officials said Armajit Singh, 36, Taijinder Singh, 37, and Ashley Say, 36, have all been arrested in connection with the incident. According to officials, the three individuals were from Fresno.

The three men have been charged with grand larceny, conspiracy and possession of stolen property.