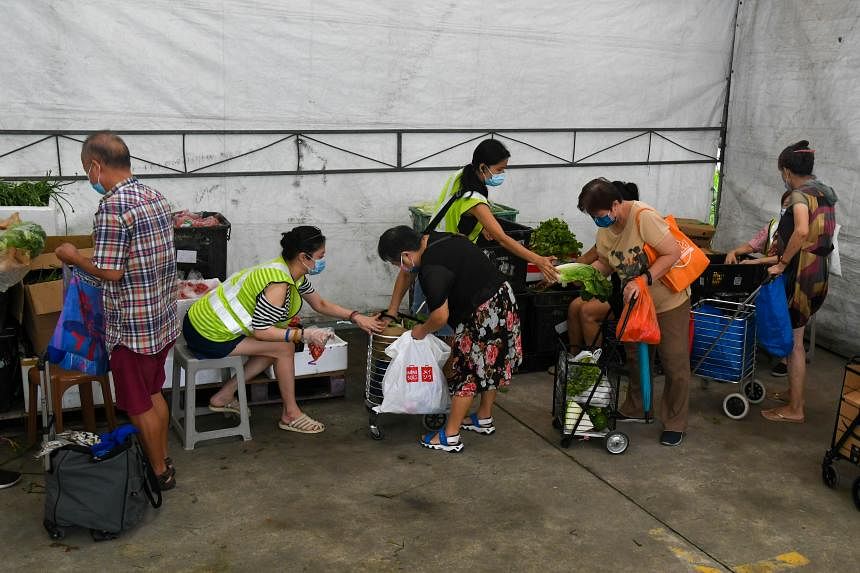 SINGAPORE – Food rescue initiatives may need a little bailout themselves as they feel the pressure of rising fuel and transport costs.

The rise in fuel prices came as greater awareness of the projects also led to an increase in the number of shops and businesses donating surplus food, leading to increased transportation needs. With more people knowing about them, the number of recipients has also increased.

Food rescuers Fridge Restock Community SG, KampungBishan and Food Rescue Sengkang said the cost of running their initiatives has risen over the past year due to rising gasoline prices and rental of means of transportation.

This has increased their reliance on donations to keep operations running smoothly.

KampungBishan is a community of people who share unwanted items and save fruits and vegetables to donate.

Mr. Daniel Tay, 42, director of community projects at KampungBishan, said the project was initially cheap, but has since paid for van hire, fuel and parking.

He said it can cost up to $2,000 a month to run the operations if the project has to pay full price for everything, but he sometimes gets discounts because people know it’s for charity work.

Mr Tay said the group had felt the pinch of rising fuel costs after the outbreak of the Russian-Ukrainian war, and rescuing food now costs around 30% more than it did last year.

He said: “Ethically, we believe that scavenged food is obtained for free and should be given for free.”

“We are still dependent on donations from people we bring food to and members of our community to cover our costs. Anything that cannot be covered by donations comes from our own savings or income,” he said. he adds.

Fridge Restock Community SG founder Daniel Yap, 44, said he used trucks from his own personal company to transport food, but the cost of doing so had increased by 50% due to the prices of the fuel.

He said: ‘We can’t bear to raise funds from the beneficiaries, but if they insist we will accept as we want to continue helping the community.

Fridge Restock Community SG saves an average of 6,000 kg of food per week.

Mr. Yap hopes that more grassroots initiatives like his can get more corporate funding to continue their operations so they can be less reliant on donations from the public.