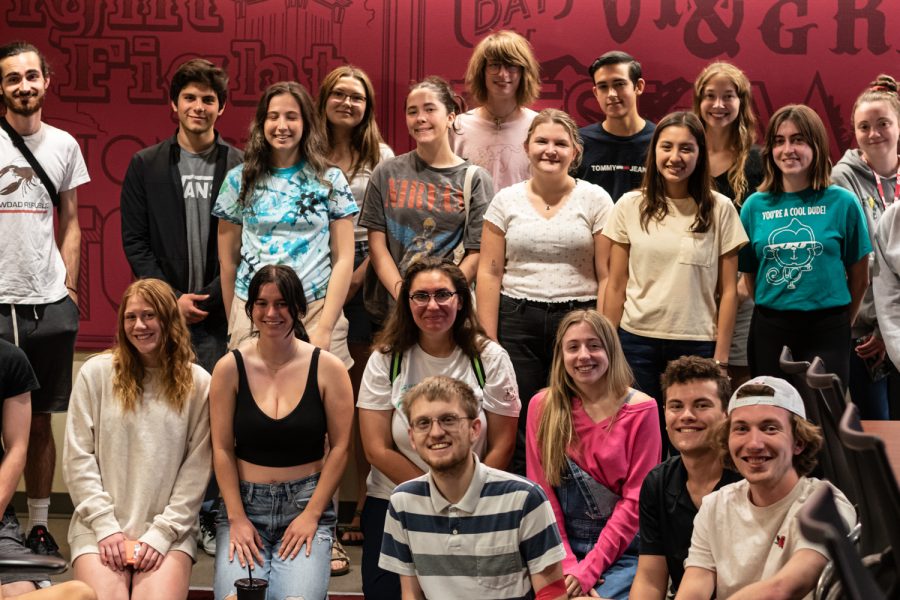 ESA pushes back on fossil fuel investment – The Daily Evergreen

“Basically, this would serve to show the WSU administration that the students are actively supporting this and that the people who pay their bills, who pay the tuition at WSU don’t want that money used to fund the climate change,” said ESA Chair Stevie Fawcett.

Fawcett said the ESA will be laying outside the Compton Union Building from 11 a.m. to 12 p.m. with signs and speeches about fossil fuel divestment as well as donuts and flyers to hand out to students.

“Hopefully we’ll have conversations, let people know this is an ongoing campaign, let them know how they can help, how they can spread the word,” Fawcett said. “If they have any questions about our goal, how it will affect me, whatever it is, we want to have those conversations too.”

“Basically it’s the opposite of an investment, which means that WSU currently has financial stakes in fossil fuels and fossil fuel companies, and what we’re trying to do is show that students don’t want that,” Fawcett said. “Obviously it’s a contribution to climate change, which is a huge global problem.”

He said the ultimate goal of the petition was to show his support for divestment from fossil fuels and reinvesting school funds into more sustainable energy sources.

“The fossil fuel divestment campaign itself started a little over a year ago, and it was originally just a few people,” Fawcett said.

He said two representatives of the Citizens’ Climate Lobby, including a WSU faculty member, presented the idea of ​​fossil fuel divestment to ESA members last year and discussed how it had been done at other universities.

“We went through a few ideas…and eventually we realized that we would need to demonstrate pretty strong student support, as well as faculty support,” he said.

Fawcett said that last school year, in late fall or early spring, the ESA opened its petition because of an investigation it conducted a few weeks prior, which showed that on just over 1,000 responses, 70% of students surveyed were in favor of fossil fuel divestment.

“It showed great support, and from there we started a petition where students could actually show their support by signing their name and saying why they are interested in this campaign and why they support it,” said Fawcett.

He said the end goal was for the WSU to withdraw its funds from the top 200 fossil fuel companies and that the ESA would like to get as many signatures on the petition as possible, with the goal of 1,000 signatures being the minimum.

Fawcett said the petition is a way for students to show their support for fossil fuel divestment, even in the midst of busy schedules.

” To resolve this problem [of climate change], socio-economic strategies sort of go hand in hand,” he said. “You’re not going to convince a lot of people to fight climate change by going bankrupt. Electric cars are a great example of this type of change that we’ve seen over the last 20 years…it’s because it’s sustainable and it’s profitable now because people are paying attention to this issue and they want to do something about it.

Fawcett said divestment is important because as the world transitions to sustainable energy, fossil fuel companies will generate lower revenues, so divestment would align with economic trends.

“I did some of the graphic design for the [petition’s] posters, as well as trying to spread the word using dormitories,” Burns said.

He said Pullman was mainly concerned with agriculture and the region had seen an increase in uncontrolled wildfires and reduced crop growth due to drought, revealing the scale of the change’s impact. climate on the Palouse.

“From a student perspective, I think WSU really needs to be focused on the future of students and not just providing them through to the end of graduation, giving hope that okay, once you graduate, there’s kind of a safety net and a future,” Burns says.

He said progress on the petition has been slow, but WSU’s response has been responsive.