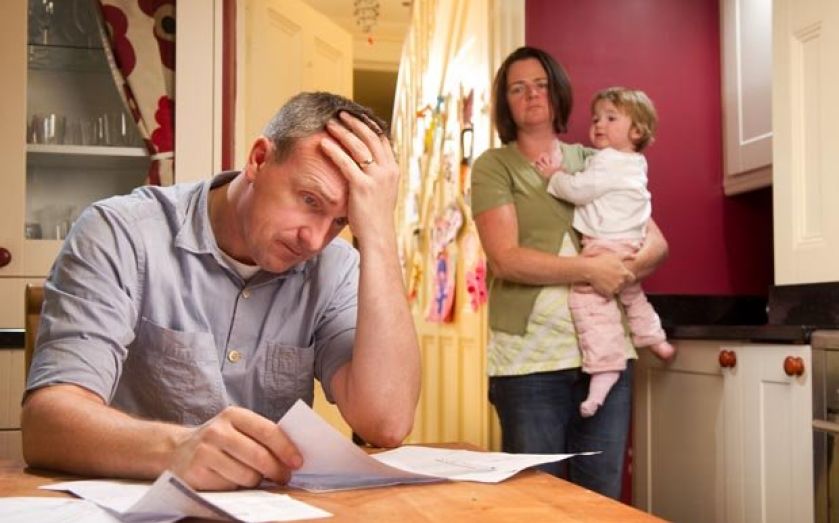 Removing the energy price guarantee from April next year could push nearly 11 million UK households into fuel poverty, campaigners have warned, or around 26 million people.

That means more than one in three UK households face the bleak prospect of hardship: there are around 28.1 million households in the UK. The average household in Britain is 2.36 people.

The End Fuel Poverty Coalition described the outlook as “frankly terrifying” and urged the government to focus on a new package of support and energy market reforms, alongside investments in home insulation and renewable energies.

The projected increase from the current seven million households in energy poverty to 10.7 million after the government lifted its guarantee limiting the average household energy bill to £2,500 from April will then drop slightly – but will still leave 10.1 million households in fuel poverty in the winter of 2023/24, the group said.

The figures come as protesters gather in London to demand MPs back plans for a universal basic energy allowance to meet heating, cooking and lighting needs, as part of the ‘Energy for all” which will be delivered to Downing Street on Wednesday with more than 600,000 signatures.

The Warm This Winter campaign has called for the immediate suspension of all forced transfers of households to more expensive prepaid meters, whether by court order or remotely via smart meters.

Ruth London, of Fuel Poverty Action, said: “The outlook is frankly terrifying. It is now all the more essential – and more possible – to win a whole new pricing framework like Energy For All. Finally, there is now support for this in Parliament.

Simon Francis, coordinator of the End Fuel Poverty Coalition, said: “Government may have brought some stability to markets, but it has come at the cost of huge instability in household finances.

“The new Chancellor must work quickly, and with consumer groups and charities, to design a new energy market support and reform package that will help people in fuel poverty now and after April.

“But while the political focus on energy bills may have shifted to next April, millions of the most vulnerable will be living in cold, damp homes this winter and will need support, not money. additional funding.”

Companies invited to prepay their customers

Meanwhile, consumer site MoneySavingExpert (MSE) has urged some of the biggest energy firms to allow pre-paid customers with smart meters to use their £400 government support payment on electricity and gas, to save money. ensure they can keep the heating going this winter.

Gary Caffell, Head of Energy at MSE, said: “We appreciate that suppliers have moved quickly to provide the first of these crucial support payments.

“But combined with the wider cost of living crisis – affecting every other area of ​​people’s finances – not allowing customers to transfer some or all of those payments to gas meters exposes these people, many of whom are vulnerable, at a much higher risk of reaching a crisis point in the coming months.

“Some people just can’t afford to heat their homes.”