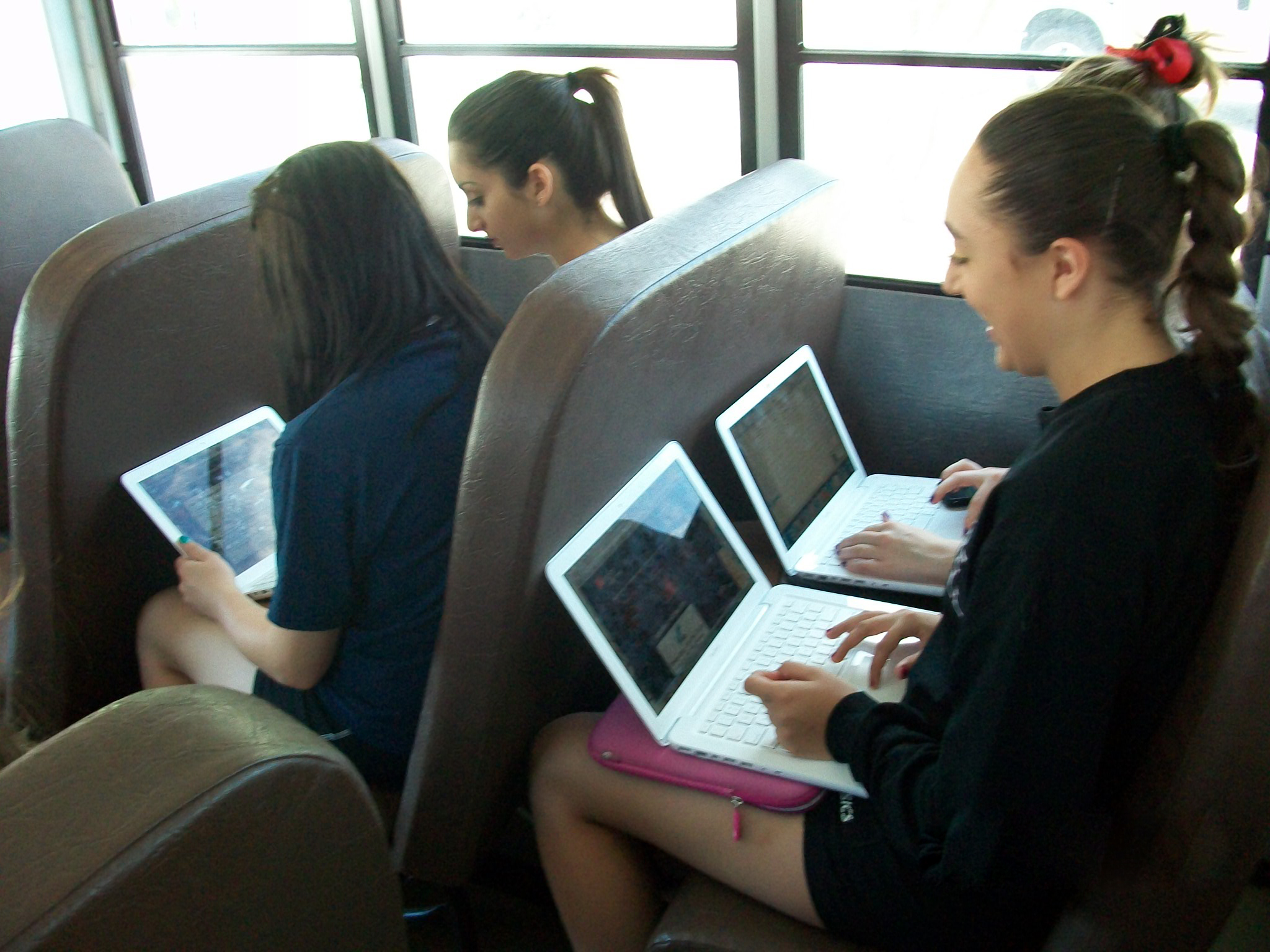 Two transportation directors shared in a recent webinar how using school bus Wi-Fi hotspots to keep students seated and engaged while on the bus creates a safer experience for drivers. and the students.

Driver retention is an ongoing issue that COVID-19 has only exacerbated, noted Matthew Riegel, director of solutions engineering for technology provider Kajeet, during the May 4 webinar with School Transport News. Improving student behavior, he said, is an unexpected benefit of implementing Wi-Fi connectivity on a school bus, giving drivers a chance to improve safety, keep eyes on the road and perform their transport duties better.

“Busy students help them make better choices and provide a safer environment for everyone,” transportation manager Kevin Easley said, adding that drivers don’t want to go back to non-Wi-Fi buses.

The systems are easy to maintain once added to the buses, and district staff like the ability to allow students to take advantage of commute time. Students and parents have also responded positively to the Wi-Fi-equipped buses, Easley said.

Riegel noted that robust, customizable filtering allows students to work only on school-related sites and not access streaming services or social media. VPNs are also blocked so students cannot bypass filters. Filters are predefined to make it easier to set up districts, and during what Riegel called a two- to three-week learning curve, more sites can be whitelisted for teachers as needed.

Meanwhile, Aurora Public Schools in Colorado has launched Wi-Fi pilots to which students have responded well and has now incorporated the technology into its bus replacement cycle. Transportation Director Janet Ulrich said the district tapped into the Emergency Connectivity Fund to fund the equipment.

She reported that disciplinary referrals dropped by 75% between the 2017-2018 school year and the 2018-2019 school year after integrating school bus Wi-Fi. It also helps the morale of the drivers as they know the students are busy. “It just makes the ride to school smoother and quieter,” she said.

Kajeet offers a Wi-Fi system that can be hard-wired into the bus, providing a better connection, and a portable kit that can be moved between buses or around school buildings if needed. Portable kits can be taken off the bus for use cases such as off-site trips or sports outings, and they can even be used as part of an emergency preparedness plan, explained Riegel.

He told the story of a neighborhood that uses Wi-Fi to upgrade its bookmobile with a large TV, as well as another that outfitted a bus to teach students to code.

In response to an attendee’s concern about coverage, Riegel said that as long as there is coverage from major mobile carriers in the area, Wi-Fi will work. Kajeet also works with districts to determine the best connection option.

For districts that already have GPS for their bus route and tracking, Kajeet can track the actual route against the planned route and provide a comparison to improve operations.

Riegel also reviewed funding sources such as the third and likely final round of the Connectivity Emergency Fund, which opened April 28 and closed May 13.

Watch the webinar on demand.