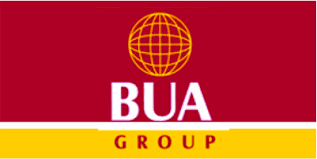 The National Labor Court (NIC) has ordered BUA Flour Mills to pay severance pay to 11 of its disengaged employees.

The court also ordered the defendant to pay the six other plaintiffs, Rabiu Hamisu, Lawan Sanusi, Salisu Garba, Valentine Watsav, Yusuf Usman and Augustine Clement, who had spent less than five years in his employ, one month’s salary in lieu of prior notice.

NIC pointed out that all payment must be made within one month of the judgment being issued.

However, the tribunal further held that the termination of the plaintiffs’ engagements remained valid in accordance with the terms and conditions that governed their employment.

But the plaintiffs had argued that the termination of their appointments did not comply with the company’s personnel manual.

They also claimed that they have not yet received retirement benefits from the BUA since March 5, 2013, when their contracts were terminated.

The claimants stated that under the provisions of the company’s personnel manual, they were entitled to terminal or end-of-service allowances, depending on their respective years of service.

They argued that the severance payments calculated based on their respective names were inaccurate and did not reflect their exact rights.

The plaintiffs in turn asked the court to grant the remedies sought.

In defence, the firm argued that the plaintiffs’ engagements had been duly terminated in accordance with the terms and conditions governing their employment.

The company further stated that the plaintiffs were terminated because their services were no longer required and that the company had not yet paid their termination benefits because they had all rejected the calculations made in accordance in the staff manual.

The defendant therefore asked the court to dismiss the lawsuit in its entirety.

The tribunal, for its part, after evaluating the submissions of the parties, found that the defendant had acted in accordance with the terms and conditions of the plaintiffs’ letters of employment in terminating their engagements.

The tribunal further found that the claimants’ claims, as calculated, were not based on the clear provisions of the personnel manual.