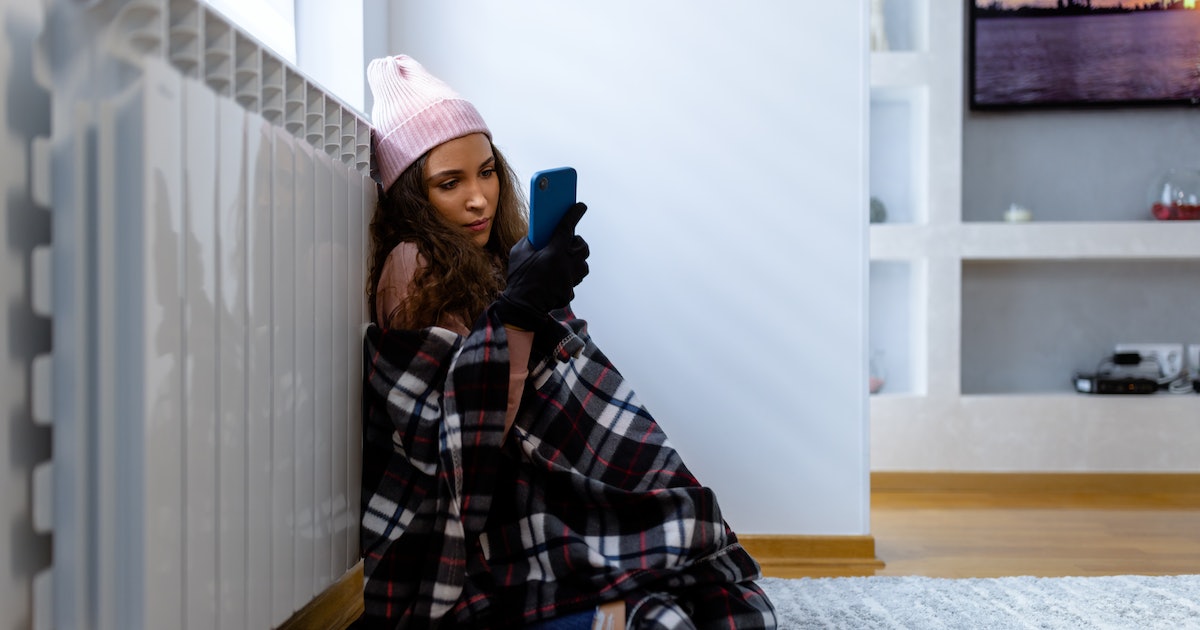 Concerns about fuel poverty and people who can’t heat their homes properly aren’t new to the UK, but those concerns have been enhanced by significant increases in energy costs and cost of living crisis. And as winter approaches, things are about to get worse.

Despite a relatively mild climate, the UK has higher levels of excess winter deaths – deaths associated with cold weather – than many cold countries. This greater exposure to cold, despite milder weather, is linked to the poor quality of housing, the high cost of heating homes and poverty.

We know a lot about how living in a house that you can’t keep warm enough affects your physical health. colder temperatures suppress the immune system, for example. But we know relatively little about the effects on mental health. Our new research shows that living in a cold house is a significant mental health risk.

Living in a cold house can affect your mental health in several ways. For many, heating costs are a source of stress and financial constraints. Not being able to keep your home and family comfortably warm reduces the sense of control and autonomy over your environment. People unable to heat their homes often adopt coping mechanisms that limit socializing – for example, not inviting friends over and going to bed early to warm up. And many people are just exhausted from an entire winter’s drudgery of being uncomfortably cold.

Using Data from a large representative sample of adults in the UK, we have followed people over many years and tracked the effect of not being able to keep your home warm on mental health.

When people’s homes became cold, their risk of severe mental distress increased dramatically. For people who had no previous mental health problems, the risk of severe mental distress doubled when they had a cold home, while for those who had some (but not severe) mental health symptoms, the risk tripled ( see table below). We found these effects even after controlling for many other factors associated with mental health, including income.

Pulling on another sweater won’t be enough to attract many to the UK in the coming winter. And mental health distress is just one of the consequences. Cold houses come with significant personal and societal costs – from individual health effects to increased strain on the NHS, as well as wider economic losses from missed work. Rishi Sunak’s new government must help people live in warm enough homes this winter. But how?

The advanced housing age in the UK is strongly involved in the high cold levels of the UK. Support for improving energy efficiency is therefore a possible way of reducing the coldness of homes. It will also involve tackling the so-called “split incentive” in the private rental sector, which is home to a significant proportion of households. Split incentive refers to the challenge of the benefits of improvements not felt by landlords but by tenants, which reduces landlords’ incentive to invest. This results in lower quality and more expensive housing for tenants.

The high proportion of cold dwellings in the social housing sector – despite having the best average energy efficiency due to insulation and building types (apartments) – shows that improvements in energy efficiency will not be enough to they alone eliminate the cold. UK incomes fall. Advantages are painfully low and compounded by policies such as benefit caps, two-child limits and penalties. Years of cuts and below inflation rises mean that the term “heat or eat”, used to describe difficult spending decisions for low-income households, is now outdated, as many can afford neither.

The combination of low household incomes and soaring energy costs has created devastating pressure on household budgets. Although the energy cap has limited increases in energy costs below worst-case estimates, energy bills have more than doubled last year. And prepayment meters mean that those who have the least end up paying the most.

So there are many areas for potential government intervention and clear evidence that failure to intervene will harm health.