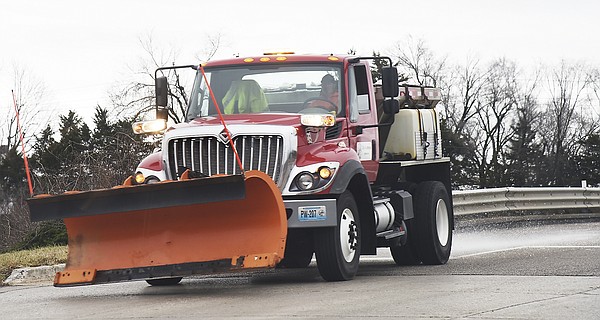 “Biodiesel sells for the same price as regular diesel that you would buy, and we’re happy to do that,” Morasch said. “We have a lot of local farmers in Missouri here, and that helps support their product.”

Morasch said a gas station has been converted at the Central Maintenance Facility at 820 E. Miller St. to supply the hybrid blend, and any vehicle using diesel gas can refuel there. The facility is used by Public Works, Parks and Recreation, JeffTran Transit, and Jefferson City Fire and Police.

To ensure a smooth implementation, Morasch said city staff are working closely with mechanics, operations managers and technical engineers from the supplier, which is the same company that supplies regular diesel. The department already tracks fuel consumption per vehicle, he said.

“You have to clean the old fuel tank before you go, so they offered us a grant to do that,” Morasch said.

Morasch said the city uses about 140,000 gallons of fuel each year. With higher gas prices, that can pose budget constraints, he said, but gas spending is a “big item” that the department and city prepare for each year.

“We’re probably over budget, in many cases, from what we had planned for last year, but that’s how it works,” he said. “We’ll have to deal with that as we move through the rest of the budget.”

Over the next several months, City Council and the Mayor will begin reviewing the fiscal year 2023 budget for a vote at the end of the budget season. The new fiscal year begins on November 1.