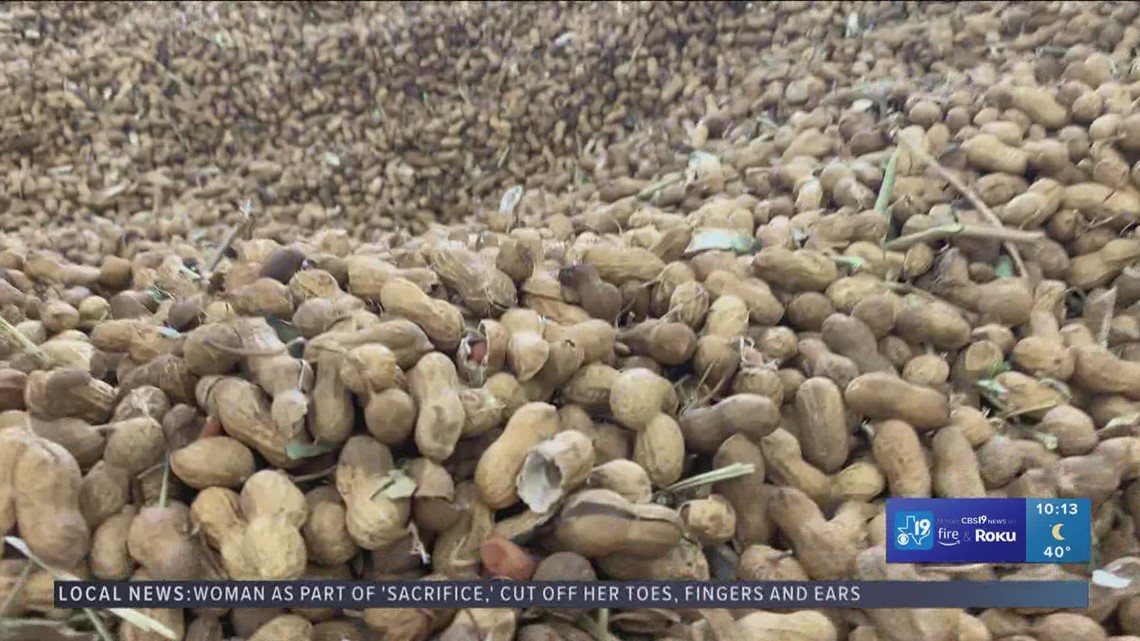 Chevron and Texas A&M Agrilife have signed a multi-million dollar contract to create a new peanut that can be converted into an environmentally friendly renewable fuel source.

STEPHENVILLE, Texas — A smile crept across John Cason’s face. “It’s the most exciting project I’ve ever been on,” he said.

Texas is famous for its wide-open highways dotted with trucks carrying everything we depend on to get through the day. Diesel engines are everywhere you look, and Cason takes them back to their roots.

And he believes industry can sprout fields before him.

Stephenville is a quiet but growing town of 21,000 about 60 miles southwest of Fort Worth. It is the home of Tarleton State University. A few miles from campus is a Texas A&M Agrilife Research Station that houses A&M’s famous Peanut Research Center. Cason, an assistant professor of peanut breeding and genetics, started working here as a TSU student and spent more than 25 years there, the last three as senior breeder.

“We do research here at the center, but we’re also statewide,” he explained. “So I have research plots in 13 locations and about nine different counties that produce peanuts in Texas, stretching from Gaines County, which is southwest of Lubbock, all the way south to San Antonio in Atascosa and in the county of Frio.”

This experience was instrumental in securing a five-year, multimillion-dollar contract with Chevron to develop new species of peanuts that can be used as a renewable source of diesel fuel.

“The peanuts that we’re going to grow are going to be ground for all and then taken to refineries to be refined into aviation fuel or renewable diesel,” Cason said.

Chevron is building capacity to produce 100,000 barrels per day of renewable fuels in its manufacturing system by 2030.

“Chevron is excited to team up with Texas A&M AgriLife to work toward the development of the next generation of renewable fuel feedstocks,” Michelle Young, renewable energy program manager for Chevron Downstream Technology and Services, said in a statement. press announcing the partnership. “This collaboration has the potential to provide high-quality oil to produce renewable fuels while providing peanut growers in the United States another way to maximize the value of their operations.”

This project also links the future of transport to its past.

“Rudolf Diesel, I don’t know if you’ve heard that name before, but he created the diesel engine,” Cason continued. “And when he created that at the 1900 World’s Fair, it was running peanut oil. And petroleum came into the picture around that time, and plant-based fuels came into kind of been abandoned. But, I think they, in the future, I think they’re going to become more and more important.

Most peanuts grown in the United States are intended for consumption and fall into four varieties: Spanish, Virginia, Runner, and Valencia. However, Cason said there are also 83 known wild varieties. Most of them end up inside the greenhouses of Stephenville thanks to the explorer nature of Charles Simpson during his long career at the head of the breeding center. Some of the wild varieties already have a high oil content, but Cason said they cannot be grown and mass-produced. This is where the A&M team comes in.

“Our hope,” Cason explained, “is that we can find something in this wild collection by doing a thorough scouting and identifying something that’s high and using that to pass into a cultivated peanut to really increase the percentage. “

If they can extract more oil from the peanuts, it’s good for Chevron. But Cason has 22 team members working with him on this project so they can also make it interesting for farmers.

“Because I think that could be huge not just for peanut production in Texas, but for agriculture in general,” Cason said.

“Now they get 48 inches of rain a year,” Cason said of Georgia. “So not quite like here. Here in central Texas, we get 35. In the southwest, (near) Lubbock, they get more like 12.”

“Most of our peanut production is southwest of Lubbock in the Ogallala Aquifer,” he added. “And that aquifer is shrinking every year and getting, it’s getting pretty critical. And so in the next 20 years we’re facing water scarcity where we’re looking at how are we going to maintain the production levels that we have. And in this particular scenario, to get the lowest carbon footprint and be as environmentally sustainable as possible, we’re looking at low-input options, and one of those is dryland production.

According to Texas A&M Agrilife, if peanuts receive 27 inches of rain from rain or irrigation, a plot will yield about 5,000 pounds per acre. In 2020, a research plot in Lubbock received less than 12 inches of water and produced only 2,800 pounds of edible peanuts per acre.

If successful, Cason and his team will have harvested a crop that could thrive and take root across the state. Cason thinks some farmers could add peanuts to their crop rotation while others revive farms that have since gone dormant.

“When I first found out about this project about a year ago, I mean, I’ve woken up many nights since then, thinking about all the possibilities and what it could mean for the producers of ‘peanuts, but also just, you know, Texas Agri in general.”

Cason said when crossing a wild peanut with a cultivated peanut, it can take three or four years to create a new line and have enough seeds for a farmer to plant. In a project like this, with more documentation and oversight, he suspects it can take between five and seven years to develop the right peanut.

But the possibilities will push him to keep working until he makes the peanut that moves tractors and tractor-trailers.