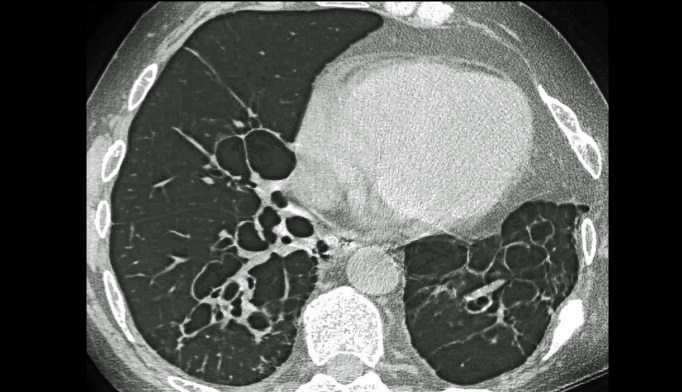 According to the results of a study published in the European Respiratory Journal.

People with cystic fibrosis show considerable variability in organ dysfunction and overall survival. This is due to differences in CFTR gene, like more than 2000 CFTR variants have been identified. Other genetic and environmental factors also play a role. As a result, clinicians face challenges in predicting the clinical course of individuals based on CFTR genotype.

In a proof-of-concept study, researchers from the Netherlands explored whether SIF results correlated with gastrointestinal and pulmonary clinical outcome parameters and biomarkers of CFTR function in 34 infants diagnosed with cystic fibrosis between May 2011 and January 2015.

The researchers found that FIS of laboratory-grown organoids (created from patient stem cells) occurred in a dose-dependent manner as well as in a patient- and CFTR-genotype-dependent manner. Infants with low FIS had higher levels of immunoreactive trypsinogen (IRT; P =.03) and pancreas-associated protein (P =.039) and were more likely to have pancreatic insufficiency (P <.001 have abnormalities on chest computed tomography>P =.049), and have lower z-scores for forced expiratory flow than functional residual capacity (P =.033) compared to children who had high FIS values.

In addition, FIS was significantly correlated with sweat chloride concentration (SCC) and bowel current measurement (ICM) (r = -0.82 and 0.70, respectively; both P <.001 the study also found that fis at identified groups of infants with more severe and less disease which mirrored results dividing cohort into subgroups using criteria based on csc.>

The researchers cautioned that studies are needed in different age groups to establish how well CFTR function can be assessed by FIS, and the exact thresholds for FIS remain to be determined. However, in most cases, the 3 biomarkers of CFTR function – SCC, ICM and FIS – aligned well and were able to classify individuals as either classic or severe forms of CF or milder forms of CF.

The researchers suggested that the FIS test may play a role in both the timing and effectiveness of drug therapy in individual patients. Intestinal organoids can be used in the preclinical phases of CFTR modulator development and can be biobanked for future analysis without requiring additional patient samples and causing further patient discomfort.