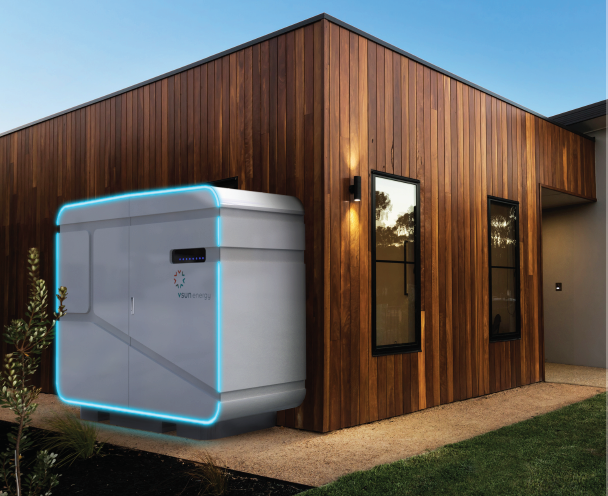 The government of Victoria, Australia has opened a funding round for “neighborhood scale” battery storage, while in Western Australia a vanadium redox flow battery (VRFB) will be deployed on a mining site.

Both are projects aimed at demonstrating the capabilities of distributed energy storage.

Neighborhood batteries are essentially sized to benefit entire communities and allow them to benefit from solar power on rooftops in their area without having to invest in a battery system or in each household.

Meanwhile, they’re smaller than utility-scale batteries, making them easier to install, as well as potentially faster to build and cheaper.

Under its Neighborhood Battery Initiative grant scheme, the Victorian government is offering funding from a pool of 10.92 million Australian dollars (7.59 million US dollars) for projects that can demonstrate multi-use case applications of these systems.

In an article published earlier this year for our quarterly journal PV technology powera team of experts from the Australian National University’s Battery Storage and Grid Integration Program wrote that systems are typically between 0.1MW and 5MW, ranging from a “cabinet to a container of ‘dispatch”.

“What makes district batteries a particularly attractive form of energy storage is that they have the potential to achieve energy equity and provide benefits to all energy users,” wrote the authors.

“Certain groups of people, particularly tenants and those who don’t have solar panels on their roofs, but also people who might be socially and digitally isolated could all benefit from neighborhood batteries.”

Through a series of socio-techno-economic studies, ANU researchers discovered many advantages of the neighborhood battery model: which they defined as distinct from the term “community” batteries, because the latter involves community or shared ownership, which is not necessarily the case.

However, the ANU team found that when reporting their findings, neighborhood batteries would only be economical if Local System Use Network (LOUS) tariffs could be offered at a low rate. reduced.

Another proposed business model to recover costs would be to create a secondary market for peer-to-peer power trading using the batteries, but it was found that this route would be beset with complexities and regulatory challenges.

The approach of the Victorian Government program is to help fund projects that will be able to access several different revenue streams, including participation in Frequency Control Ancillary Services (FCAS) in the national electricity market.

A first round of grants worth A$3.68 million was awarded in 2021 to 16 different organisations, including communities, local councils and industry entities.

Bidding entities will be responsible for installing and commissioning projects as well as demonstrating their ability to harness different value streams.

Various other such initiatives have been installed across Australia, again often referred to as ‘community’ batteries.

One such project was the five-year Alkimos Beach Energy Storage Trial (ABEST) in Western Australia, where up to an 85% reduction in grid energy use at peak hours has been achieved. Approximately 100 rooftop solar photovoltaic systems have been installed at properties in the area and paired with a 1.1 MWh lithium-ion battery energy storage system (BESS).

However, ABEST project partners, including state-owned generator retail utility company Synergy, found that without subsidies, the model would not be a sustainable product for Synergy in the market.

As Energy-Storage.news reported as the trial ended in September 2021, however, ABEST did not test multi-use battery storage applications.

Meanwhile, the Australian Energy Market Operator (AEMO) has since made it easier and more lucrative for batteries to participate in the NEM – although the AEMO has been forced to temporarily suspend all wholesale market activity. in the NEM last week (June 16) due to ongoing energy challenges. the country is facing, such as the breakdown of about 3 GW of coal-fired generators due to “unforeseen events”.

Flow battery to power the mining pump with 100% renewable energy

Remaining in Western Australia (WA), a project funded in part by a grant from the Australian Government’s Modern Manufacturing Initiative will see a 300 kWh VRFB installed at a mine site.

Australian Vanadium, a company aiming to develop primary vanadium resources as well as electrolyte processing and production capabilities in the country, has a subsidiary that markets and promotes VRFB technology.

Australian Vanadium provided an update to the Australian Stock Exchange (ASX) yesterday stating that the VRFB system that VSUN Energy has ordered from the E22 manufacturer in Spain has been assembled and is being prepared for shipment to the port of Fremantle in the Washington State.

VSUN Energy and E22 – an energy storage subsidiary of Spain’s Gransolar – signed a partnership agreement in 2021 whereby E22 gains access to the Australian market for its VRFBs, while it could in turn source vanadium pentoxide as well as treated electrolyte, on purchase or lease, from Australian Vanadium facilities.

From there it will be tested at a site in Perth and during the test period Australian Vanadium and VSUN will demonstrate the system and its capabilities to mining companies, utilities and others who the company says have protested. their interest in the VRFB.

As reported by Energy-Storage.news Last November, when the project was first announced, the VRFB will be installed free of charge for use by IGO Limited at the Nickel, Cobalt and Copper Mine for the first year of operation. After that, the mining company will have the option of buying or leasing the system from VSUN Energy.

IGO will use the Standalone Power System (SPS) to power a continuously operating mining process water borehole pump. By running the pump on 100% renewable energy, it is hoped that in addition to reducing the carbon footprint of the site, the expected reduction in fuel and maintenance costs will translate into savings in operating costs.

Australian Vanadium noted that the project will be partially funded by the AU$3.69 million grant it received from the government alongside companies involved in lithium, rare earth metals and other related sectors. high-tech manufacturing.

The company is using the rest of the grant for a high-purity vanadium processing circuit for its mine site, as well as for the development of a residential prototype of VRFB and its electrolyte manufacturing plant, for which it aims an initial annual production capacity of 33MWh.