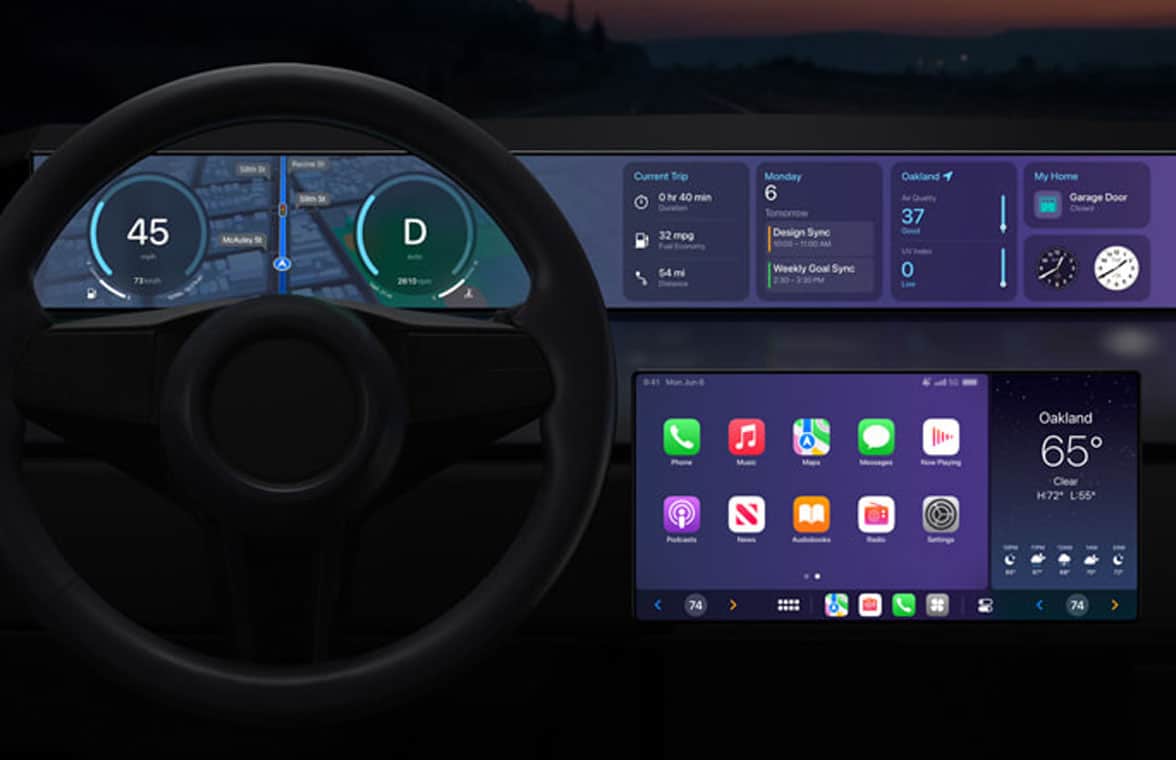 Apple is adding support for fuel payment and other driving task apps to the “next-gen” version of its CarPlay solution that it is due to roll out with the release of its iOS 16 update later this year.

“To use the new CarPlay feature this fall, iPhone users will need to download a fuel company’s app to their phone and enter payment information to set up the app. Once the app is set up, users will be able to tap on their navigation screen to activate a pump and pay,” reports Reuters.

Dallas-based HF Sinclair is one of the first oil companies in the United States to announce that it plans to use new CarPlay functionality to allow drivers to make in-car payments for fuel in its 1,600 gas stations across the country, according to Reuters.

“The Fuel apps are just Apple’s latest advancement to enable touch to buy from the navigation screen. It’s already opened up CarPlay to apps for parking, EV charging and food ordering, and it also adds driving apps such as mileage recording on business trips,” Reuters adds.

“More information about the next generation of CarPlay will be shared in the future, and vehicles will begin being announced late next year,” Apple said.

Apple has revealed that it will add NFC digital car key support for BYD and other Hyundai vehicles and expand digital key support across the wallet with the release of iOS 16 in June.