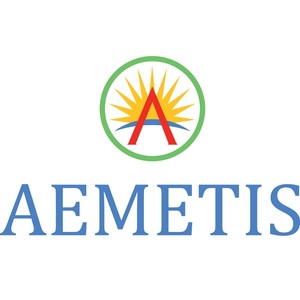 Aemetis Inc., a renewable natural gas (RNG) and renewable fuels company focused on negative carbon-intensity products, and American Power Group introduced the patented “Turbocharged Natural Gas Dual Fuel System” for truck engines to several owners and operators of truck fleets that transport biofuels, animal feed and other agricultural products for Aemetis and other companies in the region. Earlier this week, the technology was demonstrated for regulators and policymakers in Sacramento.

The technology allows a turbodiesel engine to run on up to 65% natural gas and 35% diesel, including renewable diesel. The technology is already working in more than 3,000 stationary engines and 1,000 trucks worldwide, in compliance with EPA Clean Alternative Fuel Vehicle Conversion regulations.

The American Power Group, founded in 2009, developed the patented dual-fuel technology to simultaneously burn two fuels, natural gas and diesel fuel, to power a diesel engine. A truck operated with locally produced Aemetis, Dairy Renewable Natural Gas (RNG) and renewable diesel or biodiesel would be carbon negative, low emission and less expensive than diesel. The system maintains the power of an all-diesel engine while using less than half the amount of diesel fuel, significantly reducing emissions.

Annual fuel savings from using RNG to replace up to 65% of diesel fuel have been shown to exceed $30,000 per truck per year, depending on the respective cost of fuel sources. Dairy RNG is typically $2.00 to $3.00 per gallon diesel equivalent (DGE) cheaper than petroleum diesel. Renovation costs are approximately $10,000 plus the cost of an onboard natural gas tank. The system adds natural gas tanks to a Class 8 diesel tractor and uses software to manage the two fuels, saving money at the pump while reducing emissions. The dual-fuel system is fully automated, eliminating the need for operator intervention.

“This patented technology replaces up to 65% of the fuel used by a turbodiesel truck with renewable natural gas at a conversion cost of only approximately $25,000 that takes less than a day,” said Chuck Coppa, CEO of ‘APG. “By using Aemetis Dairy RNG, a waste fuel is used to replace diesel, which significantly reduces emissions.”

APG has created a digital design to safely introduce natural gas into the air induction system before the turbocharger spins – in essence, the charge air is already going to the engine. The rotating air reaches the compression chamber to create higher energy at the point of combustion.

Aemetis is focused on producing sub-zero carbon intensity renewable fuels, including carbon negative renewable natural gas (RNG), sustainable aviation fuel (SAF), renewable diesel (RD) and bioethanol. Aemetis is also in the process of licensing two carbon capture and sequestration (CCS) sinks near its biofuels facilities in central California. Our projects maximize the use of waste or agricultural by-products as feedstock to produce renewable fuels, while leveraging the value of federal and state carbon reduction programs.